A former drug dealer from Louisiana on Texas death row for the abduction, rape and slaying of a 17-year-old girl during an apparent botched drug deal 20 years ago in Houston has lost a federal court appeal, moving him a step closer to execution.

The 5th U.S. Circuit Court of Appeals has rejected arguments 43-year-old Charles Mamou Jr. had deficient legal help at his 1999 trial for the death of Mary Carmouche.

Evidence showed Carmouche was with a group meeting Mamou near the Astrodome on Dec. 6, 1998, when a gun battle erupted. Three were shot, one fatally. Carmouche was abducted and killed later.

Mamou also was accused of a 1998 murder in Lafayette, Louisiana, but the charge was dismissed. A witness also linked him to another 1998 Houston killing. 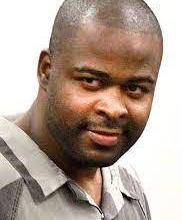