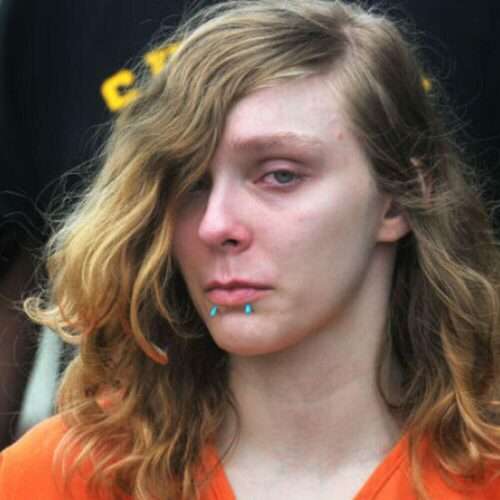 Dakota Wall would tell police she just wanted to scare her half sister Sidnee Stephens so she arranged for four of her friends Robbie Mueller, James Glazier, Chad Bennett, and Carl Dane who would force their way into the home and kidnap the fifteen year old girl. Sidnee Stephens would be forced into the trunk of a car and driven to a remote location where her she would be choked and stabbed repeatedly.

Police in Illinois would soon arrest the teen killers as well as Dakota Wall. All four of the teenage killers would be found guilty and sentenced to length terms in prison however Carl Dane on the day he was suppose to leave for prison would take his own life. Dakota Wall would escape murder charges however she was sentenced to twenty six years in prison for her involvement in the initial home invasion

Twisted Sisters is investigating the death of high school teenager Sidnee Stephens who was kidnapped from her home in Pinckneyville, Illinois, before being shot dead by a creek.

Her killers were four local thugs called Robbie Mueller, James Glazier, Chad Bennett, and Carl Dane, who had invaded her home and stuffed the teenager in a car trunk.

But one of the most disturbing aspects of this case is that the killers were aided by Sidnee’s half-sister Dakota Wall.

The four men were Wall’s friends, and she purposefully left the door open to their home, so her four friends could kidnap her younger sister.

On July 19, 2010, 15-year-old Sidnee Stephens was reported missing from her home. Six days later, fishermen spotted her remains floating in the Beaumont Creek. An inspection of the corpse revealed she had been choked and shot with a handgun.

The police subsequently learned that Robbie Mueller, James Glazier, Chad Bennett, and Carl Dane entered the house and attacked Sidnee, and they choked the teenager until she lost consciousness on two occasions.

They then took her to a remote area by the Beaumont Creek, where Dane shot her at least two times. Mueller and Glazier then pushed her remains into the water.

Dakota Wall kept her silence about her horrific role in her sister’s murder for 27 months before the police fully ascertained all the details.

Wall tried to defend herself by saying she had just left the door open for her friends to scare her sister and had never expected them to kill Sidnee. However, the police didn’t buy her story, and she was charged with first-degree murder, kidnapping, home invasion, and burglary.

The twisted sister eventually pleaded guilty to home invasion, and the other charges were dropped. In 2018, she was sentenced to 26 years in prison, but she should eligible to attend a parole hearing in 2023.

Meanwhile, Mueller was given 37 years for his role in the murder.

The case against Bennett was initially dropped due to lack of evidence, but in the fall of 2018, he was charged again and received a 20-year prison sentence.

Hi! I’m Dakota, but everyone calls me Kota. I’m 27, I’ll be 28 in September. I work as a dog trainer for the Helping Paws Program. My favorite dog is a border collie. I love video games and anime. I love horror movies. My favorite bands are Nirvana and Avenged Sevenfold.

I think that’s all for now. If you want to know more, write me.