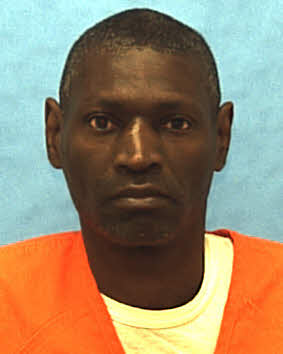 On March 5, 1997, Linda Fullwood and the victim, Albert Floyd, went
to sleep on the floor of a covered doorway of a Jacksonville church.
Floyd slept toward the outside and Fullwood closer to the building.
Fullwood awoke to a man beating Floyd with a pipe or stick and screamed.
The assailant then started hitting Fullwood.
Jimmy Hall
testified that he was walking along Duval Street at the time in question
when he heard someone yelling.   Hall ran behind the church and saw a
man beating two people with a pipe.   Hall stated that the pipe was four
or five feet long with a bent end, the assailant used both hands to
swing it, and that blood flung off the pipe onto the ceiling and walls.
Hall yelled at the assailant to stop, the assailant turned and started
toward Hall, but then fled.
Consequent to the attack, the victim
died from three blows to the head.   The victim’s autopsy revealed three
head lacerations that fractured the skull and penetrated into the
brain.   The injury was consistent with blows from a pipe, any one of
which could have resulted in unconsciousness and death.
Two and
one-half months later, appellant told a police officer in Louisiana that
he killed someone in Jacksonville.   Miller met with a detective at the
police station, was advised of his rights, and told the detective that
he had beaten a man to death while attempting a robbery.   Appellant
stated that the victim was sleeping, that he intended to knock him
unconscious with a five-to-six-foot pipe that was curved at the end,
that a woman woke up and started screaming, and that he struck her too.
A fourth person then appeared, told appellant to stop, and appellant
fled.   Miller further stated that he turned himself in because he
thought the victim’s family was looking for him, his conscience bothered
him, he knew that what he did was wrong, and that he wanted to
apologize to the victim’s family.
Appellant also told detectives
that on the night in question he drank three or four quarts of beer,
smoked a $10 rock of crack, and then went looking for more money and
alcohol.   He found a dented six-foot pipe in a park and walked behind a
building where he saw a man sleeping under a blanket on a covered
concrete porch.   Appellant decided to strike the victim to disable him
and avoid a struggle before robbing him, although he did not intend to
kill him.
In Jacksonville, another detective interviewed appellant
and appellant showed him the crime scene.   Appellant repeated his
story and walked detectives through the crime.   He explained that he
struck the victim to avoid resistance because he knew that homeless
people carry knives and guns, and he did not want to get injured.
Appellant
testified that he did not decide to rob the victim until he was
actually standing over him with the pipe.   He acted without thinking
because of his mental state and he battered Fullwood instinctively when
confronted by her.   When Hall approached, appellant realized his
actions and walked away.