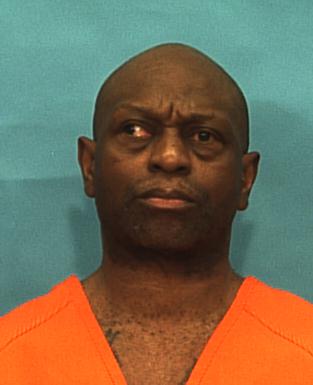 A man who allegedly had the blood of a 2012 murder victim on his shoes was convicted Thursday.

Fifty-year-old Dennis Thurnado Glover was found guilty of First Degree Murder in the death of Sandra Allen, 51, according to a release from the State Attorney’s Office.

Glover allegedly told his girlfriend he heard screams coming from Allen’s house two doors down and said he was going to check on her.

Later, Allen was found to be fatally strangled and stabbed. Investigators then found blood on Glover’s shoes to be a DNA match for Allen’s.

On Dec. 19, a jury will decide if Glover should face the death penalty. Judge Mallory Cooper will make the final decision, according to the release.

It took a month to arrest him for the crime and it took 20 months between conviction and sentence, but Friday, Dennis Thurnado Glover was sent to Death Row for the murder of Sandra Jean Allen.

Glover, 51, showed no emotion Friday when Circuit Judge Mallory Cooper told him that the brutal murder of Allen, also 51, justified his death.
“You have not only forfeited your right to live among us,” Cooper said. “But under the laws of Florida you have forfeited your right to live at all.”
Allen had been beaten, strangled and stabbed in the neck before she died. Assistant State Attorney John Guy said a death sentence was justified because of the brutality of the crime and the pain and suffering Allen went through.

Cooper agreed, and in imposing her sentence she specifically referenced the injuries Allen suffered. She was stabbed about 12 times, had her throat cut and strangled to the point that her voice box and bones in her neck broke.
Allen’s friends and relatives fought back tears as Cooper described the violence she endured.
Glover, who was Allen’s neighbor, said he found her dead in her home and went to get help from neighbors.
He told police he saw two black men fleeing and then found her door cracked open with Allen’s body inside.
He allowed his shoes to be photographed and tested for DNA.
Glover was arrested a month after the May 2012 murder when police found Allen’s blood on his shoes and his DNA on her face, neck and left hand.
Lawyers for Glover said their client and Allen were having an illicit sexual relationship, which is why his DNA was on her, but they denied he was responsible for the crime.
The claim that Glover and Allen were lovers visibly angered Allen’s friends and family members, and in her sentencing order Cooper said the two were neighbors, but didn’t know each other.
Allen’s supporters said justice was done following the sentencing, but declined further comment.
Jurors convicted Glover in December 2013 and recommended death that same month by a 10-2 vote. But Glover’s sentencing was repeatedly delayed due to questions over whether he was intellectually disabled.
Guy said this was the longest he’d ever seen between a conviction and death sentence but pointed out there were unique issues that delayed the case.
After Glover was convicted the U.S. Supreme Court ruled that the state of Florida misunderstood a previous opinion designed to protect the intellectually disabled from execution when the state set a strict IQ standard for Death Row inmates.
Florida law said people facing Death Row can only argue that they are intellectually disabled if they have an IQ score of 70 or below, not taking into account a margin of error. But the Supreme Court said the state could not automatically declare anyone with an IQ score higher than 70 was not intellectually disabled, and judges have to look at other factors as well.
Lawyers for Glover have said his IQ is about 72, and questions about whether Glover was intellectually disabled dominated the case for a year.
The state and defense called dueling mental-health experts at a hearing, with the prosecutors’ expert saying Glover had below-average intelligence but wasn’t intellectually disabled and the defense expert arguing that Glover was disabled.
In Friday’s ruling Cooper found that Glover was not disabled. She also cited Glover’s previous criminal history in imposing death.
Glover has previously been convicted of attempted armed robbery and multiple aggravated assaults in Georgia. In one 1992 case Glover was convicted of assaulting a woman with a wrench and causing serious bodily harm.
Assistant Public Defender Michael Bateh asked Cooper to delay sentencing him Friday. Florida’s death-penalty procedures are being challenged in a case now going to the U.S. Supreme Court, so Bateh argued that the sentencing should be delayed until after a ruling comes down.
Afterward Bateh said he thought both the Supreme Court case and the question of whether Glover was mentally disabled were important issues that would be raised on appeal.
Glover’s sentence will get an automatic review from the Florida Supreme Court. The 2nd Circuit public defender in Tallahassee was appointed Friday to represent him in that appeal.
Glover is the 23rd person put on Death Row by the office of State Attorney Angela Corey since she took over in January 2009. Corey has put more people on Death Row than any other prosecutor in the state during that time period.
Of the 23 sent to Death Row, 18 are still there. Four have had their sentences or convictions overturned on appeal, but the State Attorney’s Office is trying to put two of them, Michael Renard Jackson and Randall Deviney, back on Death Row.
Gregory Larkin committed suicide in May.
No one from the 4th Judicial Circuit, which makes up Duval, Clay and Nassau counties, has actually been executed since 1993 when when Michael Durocher went to the electric chair for killing and burying his girlfriend and their two young children.