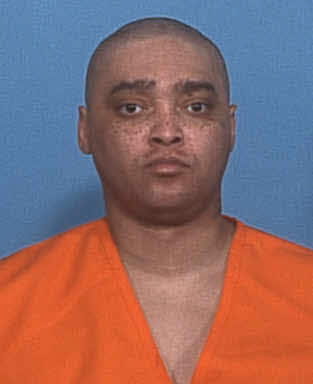 Donald Banks was convicted and sentenced to death for the
murder of Linda Volum on 08/15/08.
During the early morning hours of March 10, 2005, Linda Volum was stabbed to death. Volum
received 14 knife wounds, one to the neck, ten to the chest or abdomen, and
three to her left forearm and hand. She also received several small cuts in
different areas, including the back of the hand and around the left eye. She
attempted to defend herself against the attack and was conscious and aware
throughout the attack. She ultimately died from a loss of blood due to the stab
wounds to her heart.
Between 2:40 and 2:47 a.m. on the same morning, a person
attempted to access an automatic teller machine with Volum’s
ATM card. This event was recorded by a video surveillance camera. Though the
face of the person was not visible in the video, it was clearly a black male
wearing a unique shirt and jacket, visually identical to the ones Banks was
wearing during this time. Furthermore, the person in the video was driving a
white compact sedan that matched the description of Volum’s
automobile. The person was accompanied to the ATM location by another unidentified
person.
Before dawn that morning, Banks returned to a residence he
shared with his girlfriend, Sudie Johnson. He had
been away from the residence all night and returned driving a vehicle identical
to Volum’s. He entered the home limping from a wound
to his leg. He carried with him a pillowcase the same color as one found later
that day in the victim’s home. Bloody underclothing and a laptop belonging to Volum were inside the pillowcase. When Johnson asked him
about the bloody clothing, Banks told her, “I just murked
somebody.” Banks had been bleeding from the wound to his leg and continued to
bleed while he was at the residence. About an hour after his arrival, he
departed in the same automobile in which he had arrived. Later that morning, Volum’s automobile was involved in a traffic accident.
After the accident, the occupants of the vehicle fled from the scene. In the
course of investigating the accident, a deputy went to the victim’s residence,
where he found her dead body.
Johnson testified at trial that, when Banks initially told
her he had murdered someone, she did not believe him. Several days later,
however, she and Banks were watching a videotaped television program when a
news flash was aired regarding the murder of Linda Volum.
Banks then stated to Johnson, “You see that? I did that.” This comment led
Johnson to question Banks about the murder. In response, he told her facts
about the crime, which could only have been known by someone present at the
murder or by sheriff‘s investigators. He also told her that he had committed
the crime as a “murder pay-back.” He also explained that he put a crack pipe in
the residence to make the murder appear to be “foul play.” Banks told Johnson
that he had received the wound to his leg on the night of the murder by
accidentally stabbing himself in the course of stabbing the victim to death.
The sheriff‘s office investigation of the crime scene
produced substantial physical evidence of Banks’ guilt. A crack pipe and a
knife were found under the victim’s body. Blood, which DNA testing proved to be
Banks’, was found in several places in the house. Banks’ semen was found on the
victim’s body, and a mixture of blood from both Banks and the victim was found
near the body. Banks’ bare footprint was also found in some blood in the house.
In addition, the prints of some unknown person were found in blood in one
place, indicating that another person may have been present at the murder. That
person has never been identified.
Banks testified that he sold crack out of Volum’s residence, and that Volum
had exchanged sex as well as the use of her laptop and vehicle for crack. He
stated that, during the evening of the murder, he had cut his fingers on a
crack pipe, thereby explaining his blood in Volum’s
residence. He also testified that Volum has asked him
to go to the ATM for her and that an acquaintance, “Bo,” accompanied him on the
trip. He stated that when he left that night to go home, “Bo” remained at Volum’s residence.