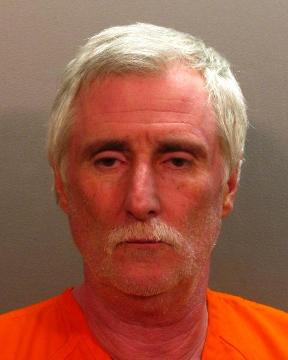 Donald James Smith was sentenced to death by the State of Florida for the sexual assault and murder of an eight year old girl.  Donald Smith who had previously been convicted of sex crimes against children had just been released from prison three weeks prior to the brutal murder.  According to court documents Donald James Smith lured the family away from the home with the promise of free groceries.  When Smith had a chance he kidnapped the eight year old girl and brought her to a remote location where the child was sexually assaulted, tortured and strangled to death.  The child’s body was found the next day.  Donald James Smith who was on Florida’s Sexual Offender Registry was seen on video leading the child away from her mother.

After just more than two hours of deliberation Thursday, jurors
recommended death for 61-year-old Donald James Smith, who kidnapped,
raped and murdered Cherish Perrywinkle in 2013.
In the first full
death-penalty trial since Florida re-configured its sentencing law, the
jury unanimously found Smith’s murder was particularly heinous and
worthy of execution. Next month Judge Mallory Cooper will have a hearing
to allow Smith one last chance at offering any mitigating evidence
before she rules on whether she will accept the jury’s recommendation.
Four
and a half years ago, Smith saw a poor Jacksonville mother at a Dollar
General who wasn’t able to afford a new dress for her daughter. He told
that woman, Rayne Perrywinkle, that his wife had a $150 gift card to
Walmart, and he’d like her to have it instead. He then drove the woman
and her three children to the Walmart where, after waiting for his
non-existent wife to arrive, he then took the oldest child away in his
van.
Cherish’s body was found the next day.

Jurors had
to endure brutal testimony and horrifying photographs that showed the
sexual violence done to Cherish before she was strangled till her final
breath.
At times during the trial and again Thursday when
Assistant State Attorney Mark Caliel reminded them of the violence,
jurors couldn’t contain their emotions. Thursday morning one was choking
up, while several to the left of him had tears flowing. Another glared
at Smith for most of the day.
Rayne Perrywinkle spoke steadfastly
during the guilt-phase of the trial, but she didn’t speak during
sentencing. She’s expected to give a statement next month at the next
hearing.
Smith’s defense team put on testimony and photos that
showed he suffered brain damage that inhibited his impulse control. The
jury, attorney Julie Schlax said, had already done justice by convicting
Smith and ensuring he would never be free again.
“We are not
suggesting that Donald Smith should not be held accountable for his
actions,” she said. “You’ve done that already. He will never walk
amongst us again. He will be institutionalized for the rest of his life.
We have one simple question: Do we execute the mentally ill?”
Smith’s
attorneys never argued that he was innocent, instead focusing on
aspects of his life that showed why he should be given mercy. One of
their primary arguments was that brain scans showed he was missing parts
of his brain, which made him particularly dangerous. Someone like that,
Schlax said, deserved prison, not lethal injection.
But jurors
didn’t buy the argument. Out of dozens of possible mitigating factors,
the jury only agreed that two of them actually mitigated the crime. The
jury agreed that he was 61, and the jury was split seven to five on
whether the fact he had recently developed a relationship with his son
should be considered.
On the other hand, they unanimously accepted each of the six aggravating factors that Caliel presented to them.
“It’s
your right as a juror to show mercy,” Caliel said. “That is your right.
But I submit to you, ladies and gentlemen, based upon what you have
heard, and what you have seen during the course of this trial, Donald
Smith is not deserving of your mercy.”
Caliel has handled the case
ever since Cherish’s body was found. After the sentencing
recommendation was announced, he said he was “happy to get justice for
Cherish. … My daughter was 13 at the time the crime occurred, so it
hit close to home.”

This was the first full death-penalty trial of State Attorney Melissa
Nelson’s tenure. Though she has instituted a review panel for all new
decisions to seek death going forward, she said she never had any
question about it in this case.
“Donald Smith was a dangerous,
pedophiliac psycopath,” she said. “What he did to Cherish was horrific.
… This case never had a question of whether or not we believed it was
appropriate to pursue the death penalty.”
She said she doesn’t
regret the amount of resources that went into the prosecution, which was
delayed over the years in part because of a conflict of interest that
emerged among defense attorneys and because Florida’s death penalty was
ruled unconstitutional.
“Life in prison was not an appropriate
penalty for this crime,” Nelson said. “If not [the death penalty] for
this murder, then for what?”
Caliel dismissed the idea that Smith
lacked impulse control, reminding the jury he laid a delicate trap for
Cherish and waited hours to execute it. He presented six factors,
including past convictions, Cherish’s age, the heinousness of the crime
and that the crime was carefully calculated by Smith.
“He took her for the purpose of satisfying his desires, for his pleasure,” Caliel said.
Death-penalty
cases are not like other cases. Defense attorneys often focus on jury
selection and sentencing, not guilt, when preparing a case, and that was
the case here.

To sentence someone to death, jurors must go through a rigorous process.
They
must unanimously agree that aggravating circumstances, like the murder
being particularly heinous and cruel, exist. They must unanimously agree
the aggravating circumstances warrant death. They must vote on any
mitigating circumstances, like Smith’s brain damage, and these do not
need to be unanimous. They must vote on whether the aggravating factors
outweigh the mitigating factors. Then they finally vote on whether they
recommend a death sentence.
Even if jurors agree that the
aggravating circumstances far outweigh the mitigating circumstances,
state law does not require them to rule death and instead allows them to
choose a sentence of life without parole. Schlax, Smith’s attorney,
reminded them of this repeatedly in her closing statement.
“Does
killing Donald Smith make this world a better place? Would it make our
human hearts softer, or will it make it harder if the state that I live
in, that we all live in, that our society is not kinder, more
intelligent, more humane than the horrendous acts that Donald Smith
committed?”
She reminded them of the brain scans.
“His brain
is not like ours,” she said. “He’s literally missing a piece of his
brain. He’s walking around a missing piece of his brain.
“The
neurological evidence in this case is uncontroverted and tells you
everything you need to know about who Donald Smith is, and it doesn’t
change the facts,” she continued. “It doesn’t change the fact that
Cherish Perrywinkle is gone because of him.”
At 12:55 p.m., the jurors were sent to deliberate. At 3 p.m., they had their decision.