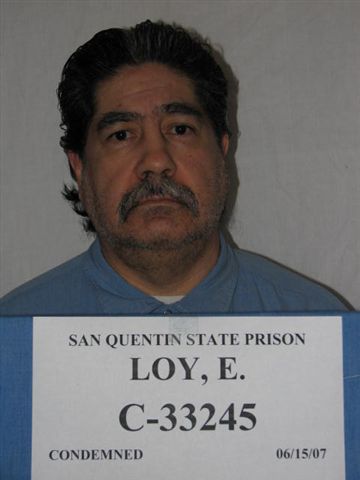 A
44-year-old convicted rapist was charged Monday with the rape and
murder of his 12-year-old niece, whose decomposing body was discovered
near her Wilmington home in May, authorities said.
Eloy Loy, who
had been in custody on a parole violation since Monique Arroyo
disappeared May 9, was charged with murder with the special circumstance
of lewd and lascivious conduct with a minor under the age of 14, making
him subject to the death penalty, authorities said. He will be
arraigned in San Pedro Municipal Court on July 24.
Monique was
last seen by her mother, Rosalina Arroyo, early May 9. The girl’s
father, Jose, noticed that she was missing from her second-story bedroom
about 5:30 a.m.
That same day, Loy was taken into custody for a
parole violation. Although police declined Monday to specify what the
violation was, they said Loy was considered a suspect from the start.
After
a parole hearing, Loy was sent to state prison about a month ago, said
Lt. John Dunkin, head of the homicide division in the Los Angeles Police
Department’s South Bureau.
Loy had served 14 years in the state
prison in Tehachapi for raping an adult and was released in July,
authorities said. He also had been convicted of raping a minor and
served three years for that offense, Dunkin said.
Clutching her
niece’s hand at a Wilmington park on Monday, Rosalina Arroyo, 51, spoke
of the arrest in a tired voice that underlined the agony she has been
through since her youngest daughter’s body was found May 13, less than a
mile from their home.
“The police said he might be a suspect,” Arroyo said of her brother. “We were hoping and praying it wouldn’t be him.”
Loy
had stayed with the family for a few weeks in January to help with yard
work, Arroyo said, but at the time of Monique’s disappearance he was
living with a brother in Long Beach. While he was staying with the
Arroyos, he seemed to pay an undue amount of attention to Monique,
spending time joking around with her, Arroyo said.
Arroyo said Loy
was the second-youngest of 10 children and that she raised him. She
said she found it hard to believe that the brother she loved and cared
for would do something like this to her family. “I don’t know how he
could treat us that way,” she said.
She recalled buying him new
clothes and shoes and taking him out for dinner after his release from
prison. But she remembered that her husband was reluctant to let Loy
into their home.
“Jose says he should have never let him into his
house. He had a feeling all along, but he went along with my concerns
for my brother,” she said.
Dunkin said DNA evidence returned from a laboratory two weeks ago made the case strong enough to file charges.
The
Arroyo family is one of the oldest in Wilmington, with roots stretching
back seven generations. More than 1,000 mourners gathered at Sts. Peter
and Paul Church for Monique’s funeral.
You May Also Like These Topics...