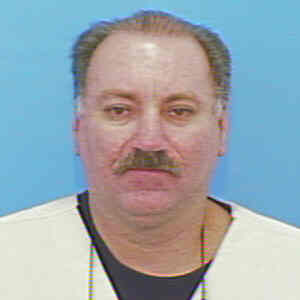 Jeffrey Lundren was executed by the State of Ohio for five murders in 1989.  According to police reports Jeffrey Lundgren led a cult and was upset with the victims for not giving enough financially.  Jeffrey Lundrgen and other members of his cult including his wife and son organized a camping trip in order to set up the murder.  Once the victim family was inside of the barn they were executed.  The victims included two adults and three children.

Susan Luff – Conspiracy to Aggravated Murder and was sentenced to 7-25 years.

Jeffrey Lundgren claimed the divine drove him to murder, and that his extreme weight would make his execution a cruel and unusual punishment.

In the end, though, neither God nor the courts would spare Lundgren from lethal injection.

Ohio executed the self-proclaimed religious prophet
Tuesday for the brutal 1989 slayings of a Kirtland, Ohio, family of five
that Lundgren said he killed because God spoke to him and said they
weren’t enthusiastic enough about his teachings.

The 6th U.S. Circuit Court of Appeals in Cincinnati
issued an order late Monday allowing the execution to go forward,
overturning a lower court ruling that would have delayed the sentence to
allow Lundgren, a 275-pound diabetic, to join a lawsuit challenging
Ohio’s use of lethal injection as cruel and unusual punishment.

“I profess my love for God, my family, for my
children, for Kathy [Lendgren’s wife]. I am because you are,” he said in
his final statement. Lundgren married Kathy after the killings.

Lundgren, 56, was pronounced dead at 10:26 a.m. ET at the Southern Ohio Correctional Facility.

At his 1990 trial, Lundgren told the jury he was a prophet of God and therefore not worthy of the death penalty.

“It’s not a figment of my imagination that I can in
fact talk to God, that I can hear his voice,” he told jurors. “I am a
prophet of God. I am even more than a prophet.”

According to news reports, Lundgren moved to Kirtland
in 1984, to work in the temple of the Reorganized Church of Jesus
Christ of Latter Day Saints, also known as the Community of Christ. That
group split with the Church of Jesus Christ of Latter-day Saints
following the death of its founder, Joseph Smith. The RLDS dismissed
Lundgren as a lay minister in 1987.

Lundgren formed his own splinter group, which
attracted about 20 members, including the Averys, who moved to Kirtland
from Missouri in 1987 to follow his teachings, many of which were
contingent on revelations Lundgren said came from God.

Lundgren said God commanded him, through
interpretation of Scriptures, to kill the Avery family for their lack of
faith. Lundgren arranged a dinner hosted by cult members in 1989.
Afterward, he and his followers led the Avery family members one by one —
Dennis first, Karen last — to their deaths in a pit in a barn.

Each was bound, and Lundgren shot each victim two or
three times. A chain saw was used to muffle the gunfire while remaining
Avery family members cleaned up after dinner.

Lundgren argued his execution had more of a chance of
being painful because he was diabetic and overweight at 275 pounds. The
U.S. Supreme Court refused a last-minute request to stop his execution,
and Gov. Bob Taft denied clemency.

Shunts for the injections, which prison staff had
trouble inserting in a previous execution, were in Lundgren’s arms when
he was brought into the execution chamber. He did not move as the lethal
drugs were administered.

Cheryl Avery’s brother, Donald Bailey, stood up and approached the window in the death chamber as Lundgren was brought in.

“I wanted him to know I was there,” he said. Another of Cheryl Avery’s brothers, Kent Clisby, also watched the execution.

No one witnessed the execution for Lundgren, and he did not acknowledge the presence of any of the witnesses.

U.S. Rep. Steven LaTourette, who prosecuted the case
and witnessed the execution, said he didn’t take any pleasure in seeing
Lundgren die. He said he can’t get the scene of the murder out of his
mind and that he had hoped there would be no children as the bodies were
being unburied.

“Those of us who were in the barn remembered it was the parents first, then the children,” he said.

Over the years 40 judges have reviewed Lundgren’s appeals. The appeals court gave no reason for allowing the execution.

“It blows my mind that they lifted the stay at the
11th hour as they have,” Lundgren’s attorney James A. Jenkins said. “I’m
flabbergasted.”

Some cult members moved into a rented farmhouse with
Lundgren, calling him dad, sharing their paychecks and attending his
classes.

The upshot of his teaching: Jesus would return to earth only when the Kirtland Temple he had been dismissed from was recaptured.

He told the jury the spiritually unclean had to be dealt with and referred to the killings as “pruning the vineyard.”

Lundgren was careful to make sure no one would be
looking for the Averys. Before the murders, he directed Cheryl Avery to
write to her family and inform them that they were moving to Wyoming and
would provide contact information when they got settled.

The case was cracked eight months later when a
dissident cult member, upset that his wife had been selected to become
Lundgren’s second wife, tipped off authorities. On Jan. 4, 1990, the
bodies were found.

Thirteen cult members were charged in the case,
including Lundgren’s wife, Alice, now 55, and their son, Damon, now 35,
both serving life prison terms.

Police Sgt. Ronald Andolsek, who as a patrolman led
the investigation into the cult killings, compared Lundgren’s
mind-control tactics to that used by other cult leaders such as David
Koresh, Jim Jones and Charles Manson. “They used the same methods on
their followers,” Andolsek said. “Jeff wasn’t the first. He won’t be the
last.”

In the hours before the execution, Lundgren’s
attorney woke him in the early morning for an update on the case, then
he went back to sleep for a while. He then watched television, read the
Bible and ate a breakfast of Rice Krispies cereal, pancakes, fruit juice
and milk.

Spread the love Travis Runnels was executed by the State of Texas on December 11 2019 for a prison murder. According to court documents Travis Runnels who was serving a seventy year sentence for armed robbery would fatally stab a supervisor at the Clement Unit boot factory. There was no doubt that Travis Runnels committed […]