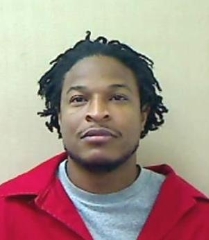 Bacote, then 23, of 3000 Twinfield Court in Raleigh, was found guilty of first-degree murder and other charges.

Bacote was charged in February 2007 in the death Anthony Surles, 18,
during what police said was a robbery attempt at a home on Hunting Drive
in Selma. Surles was a student at Smithfield Selma High School.