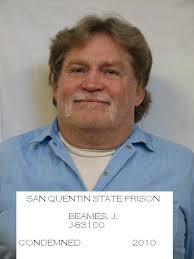 John Beames lived with Angelita McMains and McMains’s 15-month-old
daughter, Cassie, and her infant son, Darrian. On January 19, 1994, Cassie bled to
death due to a transection of her liver; that is, her liver had been hit so hard it was
split nearly in two. The evidence at trial included medical testimony concerning
the numerous physical injuries Cassie suffered in the weeks, days, hours, and
minutes leading up to her death, and testimony from Cassie’s natural father,
defendant’s siblings, McMains’s father, and defendant himself.

Cassie was born on October 3, 1992 to McMains and Ricky Hager.   Hager and McMains broke up a few months after Cassie’s birth, and Hager did not live with them.   In April 1993, defendant moved into McMains’s rented home.

On or about June 14, 1993, Cassie suffered a broken leg.   The location of the break and the degree of separation of the bones were unusual, indicating that a great deal of force created the fracture.   When Dr. Joseph Gerardi examined Cassie on June 15, he noticed bruising around her injured leg bone, a large bruise under her chin, and multiple bruises on her upper arms.    McMains asked a friend, Cindy Clem, to say that Cassie had been injured at Clem’s house.   McMains said she did not want defendant implicated in Cassie’s injury, because he had taken the blame for a prior incident in which a child had been injured.

When interviewed about Cassie’s leg injury by an emergency response investigator from child protective services, defendant claimed he had been out of the vicinity when the injury occurred and had returned on June 15, 1993.   Based on the suspicious nature of the injury, the sheriff’s office removed Cassie from McMains’s home on August 2, 1993.   For the next four months, Cassie lived with McMains’s parents and suffered no injuries.

On December 7, 1993, Cassie was released back to the home where McMains and defendant lived.   Sometime after December 25, 1993, Hager’s niece, Crystal Williams, noticed Cassie had a burn on her finger.   In early January 1994, Hager saw Cassie with two “real bad black eyes.”   In explaining the black eyes, defendant told Hager that Cassie had fallen into a coffee table, but separately told Williams that Cassie had fallen from her crib or something.   Also in January 1994, defendant’s brother, John Phillip Beames, saw defendant squirt Cassie with liquid from a baby bottle and shake her roughly when she cried.   Additionally, defendant’s sister, Tammy Beames (Tammy),2 observed over a period of a few days that Cassie appeared to be afraid of defendant.

From January 10 to January 14, 1994, McMains’s infant son, Darrian, was hospitalized for a cough, difficulty in breathing, and a lack of weight gain.   During this time, McMains stayed 24 hours a day with Darrian at the hospital.

When McMains and Tammy returned to the house a little while later, defendant told Tammy that Cassie was dead.   Defendant explained Cassie had gotten sick in her bed at around 4:00 o’clock that morning.   He sat Cassie down on the floor while he went to the bathroom to get clean sheets.   When he came back, Cassie had fallen over and was lying in a pool of blood.   Defendant said he had performed CPR on Cassie for five hours, but she was dead.   When Tammy asked about taking Cassie to the hospital, defendant said to give him a little bit of time.   Similarly, when Tammy asked about contacting law enforcement, both defendant and McMains said, “No, give us a little bit of time.”

Defendant told Tammy to take McMains and Darrian away and to go some place where he could call them later.   He said he would describe everything that had happened on a tape recording, which Tammy and McMains could later give to the police.   Defendant refused to give Tammy a gun he had, saying he wasn’t going to go alive.

Tammy and McMains went back to the house later that night, at a time when defendant was gone.   McMains retrieved a tape recorder from the house, and she and Tammy listened to the recording.   After McMains tried to erase a portion of the tape that involved a drug deal, they took the tape recorder to the hospital.   There they gave the recorder to Deputy Sheriff Michael Strawser.

The tape recording included the following statements by defendant:  “Angel, I love you very much.   Please just try to believe me it was the truth, it was an accident․ I know this is going to kill you, baby.   You know I love this little baby better than anything in the world.” 3  Deputy Sheriff Strawser  listened to the tape, then went with McMains to her house.   Once inside, Strawser saw what appeared to be blood in the bathroom and in the baby’s crib.

Early the next morning, on January 20, 1994, Sergeant John Zapalac of the Tulare County Sheriff’s Office went to look for defendant at the residence of David Joiner.   When Zapalac arrived at the Joiner residence, defendant said he knew Zapalac needed to speak with him because of Cassie.   When Zapalac asked where Cassie was, defendant said she was inside the car and handed Zapalac the car keys.   Zapalac found Cassie’s body inside of a jacket in the back of the car.   Later, at the Sheriff’s Department, defendant spontaneously stated, “I was the only one with her.   I’m responsible.   Put me in jail.   Put a .45 to my head.”

Dr. Armond Dollinger performed an autopsy on Cassie’s body.   He found nothing in Cassie’s stomach, indicating she had not been fed for 24 hours before her death.   Dr. Dollinger determined the cause of death was massive hemorrhaging due to a transected liver, and opined that Cassie’s back was against a hard surface when she sustained that injury.   Other physical injuries Cassie sustained within minutes or at most 24 hours of death included multiple bruises on the face and abrasions on the back, fractures of the ribs, abrasions to the neck and shoulder on the left side, and a bruise and abrasion on the right side of the neck.   It was Dr. Thomas Bennett’s opinion, based on the character of the neck abrasions, that Cassie had been hung by the neck with a soft ligature for a period of time.

Dr. Dollinger observed numerous other physical injuries, some of which were days or weeks old, including dilation of the anal canal and scarring of the surrounding muscle, five broken ribs on the front right side, four broken ribs on the back left side, a bruise on the right front of the scalp, a large laceration of the top left side of the head, lacerations on the inside lower lip, contusions and abrasions around the nose and mouth, contusions, abrasions, and scratches on the back of the head, contusions, bruises, and abrasions on the back, and bruising on the tip of the tongue, the right thumb, and on the back of the knee.

Dr. Dollinger also saw various sets of burns to Cassie’s body.   There were burns to the buttocks in a crosshatched linear grid pattern, apparently caused by a floor furnace and occurring when Cassie wore no clothing and her legs  were forced wide apart.   There also were burns in a grid-like pattern on the back of the right hand, third degree burns on the index and ring finger of the right hand, and burns on the back and ring finger of the left hand.   Finally, burns were on the feet and third degree burns were on two of the toes.