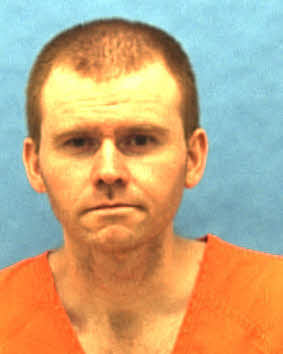 On May 7, 1998, Lawrence and his friend, Jeremiah Martel Rodgers,
picked up 18-year-old Jennifer Robinson from her mother’s home. They
drove to a secluded area in the woods where the three consumed alcoholic
beverages.

Robinson had sex with Lawrence and then
Rodgers while under the influence of the alcoholic beverages provided by
the two men. After having sex with both men, Robinson was shot in the
back of the head by Rodgers with a Lorcin .380 handgun. Robinson died
minutes later.

Lawrence and Rodgers loaded the body into
Lawrence’s truck and drove deeper into the woods. After finding a
stopping place, Lawrence scored Robinson’s calf and removed her muscle.
Rodgers photographed Lawrence’s procedure with a Polaroid camera and
each took turns posing with Robinson’s body. Afterwards, they buried
Robinson at the site.

Robinson’s disappearance was traced to
Lawrence and Rodgers. The men were confronted by an investigator and
they denied ever knowing Robinson. Lawrence gave his consent for the
investigator to search his trailer and truck. The investigator
discovered the photographs of Robinson’s body taken during mutilation,
disturbing notes written about the mutilation, a Lorcin .380 handgun,
and miscellaneous artifacts of the murder event.

Lawrence was instantly arrested by the investigator and confessed to his involvement and led investigators to Robinson’s body.