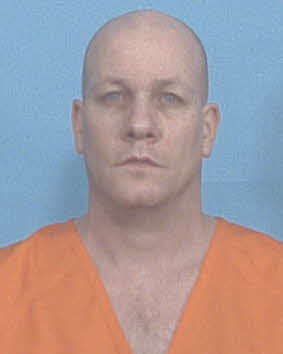 Joseph Edward Jordan lived with Keith Cope in Edgewater, Florida, and
was also an employee of Cope’s construction company. On or about
Friday, June 26, 2009, Jordan and Cope partied together, drinking and
using drugs. As they partied, Jordan asked Cope for money that Cope owed
Jordan for construction work he had completed. Cope claimed that he did
not have the money to pay Jordan even though Cope had money to pay for
drugs. Jordan then pistol-whipped Cope; tied him up; took his money,
guns, and drugs; and drove away with his Ford F–450 truck. Later that
evening, Jordan appeared at the Hollywood, Florida, residence of his
friend and former coworker Mathew Powell. Mathew’s girlfriend, Sadia
Haque, was also present when Jordan arrived. Jordan eventually shared
with Mathew that Cope was literally tied up and that Mathew could go to
Cope’s house and clean out his gun safe, but Jordan did not want to go
back to the Daytona Beach area or go near Cope’s truck. Mathew decided
to go, and asked his brother and ex-girlfriend, Marlon Powell and
Cassandra Castellanos, to go with him.
Mathew, Sadia, Cassandra,
and Marlon left Hollywood and arrived at Cope’s house on Sunday, June
28, 2009, at approximately 6 a.m. Mathew and Sadia entered Cope’s
residence when no one answered the door. Mathew did not immediately see
anyone after he entered, so he continued to search the house. When he
walked into the back bedroom, he saw Cope at the foot of the bed,
suspended by rope that was attached to it. Mathew removed tape from
Cope’s mouth and cut off the rope from Cope who then fell to the floor.
Mathew then attempted to cut the tape from Cope’s legs. Sadia called
911, and first responders arrived shortly thereafter.
Detective
Eric Seldaggio of the Edgewater Police Department responded with another
officer to Cope’s house. Mathew, Sadia, Cassandra, and Marlon met the
officers and directed them inside to the back bedroom. When Detective
Seldaggio entered the bedroom, which strongly smelled of urine, he
observed Cope lying at the foot of the bed with his hands bound behind
his back and duct tape wrapped around his head and neck. Cope’s ankles
were also bound with duct tape and rope. Mathew indicated that he had
cut a rope that was tied on the bed and wrapped around Cope’s arm.
Detective Seldaggio also observed rope tied to the four bedposts, a roll
of duct tape on the bed, and rope embedded in Cope’s left bicep that
had turned a greenish color and was cold to the touch due to suspension
by that arm for a lengthy period of time. According to a responding
emergency medical technician, Cope initially appeared deceased, but
after multiple layers of duct tape were cut from his head to free his
airway, Cope opened his eyes and moaned. Cope was later transported by
ambulance to the hospital where he underwent emergency surgery to
amputate his left shoulder and arm.
A day after the amputation,
Cope’s treating physician, Dr. Melinda Rullan, learned that Cope had
been bound and gagged for three days. Based on her review of Cope’s
medical records, Dr. Rullan concluded that Cope’s body was “literally
dying.” Dr. Rullan determined that Cope entered the hospital in critical
condition with a life-threatening illness related to a compartment
syndrome of the left upper extremity. He had little or no blood
pressure, suffered from cardiovascular collapse and multiple organ
failures, and had multiple clots throughout his body. Cope also
developed acute signs of a left-sided stroke and lung complications. His
original physical examination evidenced that he had bindings on his
right wrist and both ankles and dead tissue on his right wrist, arm, and
both feet. Cope was unresponsive upon entering the hospital and
remained unresponsive until his death on July 13, 2009, after being
removed from life support. Medical examiner Dr. Marie Hermann opined
that “Cope died as a result of complications of being bound and gagged
for days, including ischemic gangrene of the left upper extremity,
bilateral cerebral infarctions, and bronchopneumonia.”
Following
interviews with the four people who found Cope in his bedroom, Jordan
was arrested on July 18, 2009, and indicted by a grand jury for one
count of first-degree murder and one count of robbery with a firearm or
other deadly weapon in August, 2009. On April 19, 2013, a jury found
Jordan guilty of first-degree felony murder of Cope and also convicted
him as charged on the robbery count. During the penalty phase, the jury
recommended a sentence of death by a vote of ten to two for the murder
conviction. Following the August 2013 Spencer2
hearing, the trial court imposed a sentence of death for the murder
conviction and a life sentence for the conviction for robbery with a
firearm or other deadly weapon. In imposing the death sentence, the
trial court concluded that the three aggravating circumstances,3
which were proven beyond a reasonable doubt, far outweighed the one
statutory mitigating factor and thirty-seven nonstatutory mitigators.4 This is Jordan’s direct appeal.