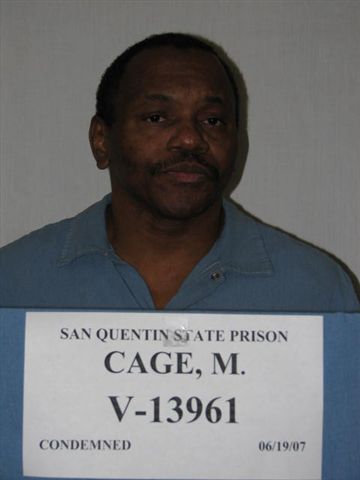 Micky Cage physically and emotionally abused his wife Claribel Burgos (Clari),2
his daughter Vallerie Cage (Vallerie), and members of his wife’s family
for years. His abuse included threats to kill his wife and her family.
In October 1998, Clari left defendant with the help of her mother
Brunilda Montanez (Bruni). Clari took both of her and defendant’s
children, Vallerie and Micky Cage, Jr. (Micky Jr.), and secretly
traveled to Puerto Rico where they stayed with extended family.
Defendant was upset with Clari, wanted Micky Jr. back, and told friends
that he felt like doing something to Bruni in order to get his son back.
Defendant said he should “bust a cap in [Bruni’s] ass” and that he
“should just put a gun to [Bruni’s] head and tell her to call [Clari].”
At other times, defendant said he wanted to “fuck up” Bruni.
On
the night of November 9, 1998, defendant hid a shotgun in a laundry
basket of clothes and went to Bruni’s house. When Bruni opened the front
door, defendant fatally shot her in the shoulder, chest and face. The
shot to Bruni’s face was a contact wound that almost completely
destroyed her head. Defendant then walked upstairs to the bedroom of
Clari’s 16–year–old brother David Burgos (David), where he fatally shot
David in the chest at close range.