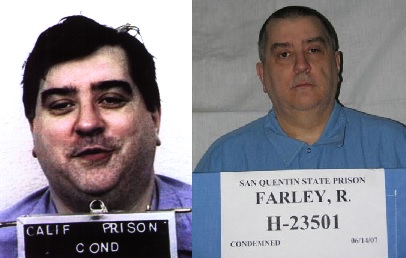 Richard Wade Farley (born July 25, 1948) is an American convicted mass murderer. A former employee of ESL Incorporated in Sunnyvale, California, he stalked
co-worker Laura Black for four years beginning in 1984. Black obtained a
temporary restraining order against him on February 2, 1988, with a
court date set for February 17, 1988 to make the order permanent.

On February 16, 1988, Farley shot and killed seven people at ESL and
wounded four others, including Black. He was convicted of seven counts
of first degree murder, and is currently on death row at San Quentin.