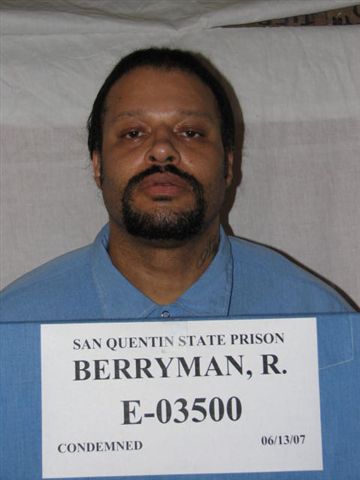 
About 10:30
p.m., Hildreth was at the house of Diane Pruitt, one of her aunts, with
whose family she had planned to spend the night. At that time, she set
out to walk to the Clark home to find out whether she had received a
telephone call she had been expecting. She promised she would return
straightway. The distance was approximately one block. About 10:34 p.m.,
she arrived at the Clark home. Armendariz was there. Defendant was not.
Apparently, he was then about to return, or actually returning, from
Pena’s home, which was also located in Delano. Hildreth checked for
telephone calls, and found none. About 10:45 p.m., she left to go back
to Pruitt’s residence. One of her uncles offered to escort her, but she
declined. She never arrived at her destination.


About 11 p.m.,
defendant’s pickup truck was seen pulling out of a convenience store
onto Cecil Avenue and proceeding in a westbound direction. Two persons
were observed in the vehicle. Shortly thereafter, it appears,
defendant’s pickup truck was seen parked on the shoulder of Cecil Avenue
in the westbound direction some few miles away. [6 Cal. 4th 1064]


Later that night-the time is uncertain-defendant returned to the Clark
home. Armendariz let him in. He was calm. He asked for something to
eat. She warmed up a plate of leftover lasagne. He ate the food and
eventually went to sleep. Apparently, he had drunk alcoholic beverages
throughout the day but did not become intoxicated.


On the
morning of September 7, 1987, Hildreth’s body was found sprawled on an
isolated dirt road extending south off Cecil Avenue at a right angle,
about four-tenths of a mile from the location at which defendant’s
pickup truck had been seen parked the previous night. Before death,
Hildreth had apparently been dragged to the spot and beaten about her
head and body, including the right iliac or pelvic region. She was
fatally stabbed in the front of her neck on the right side to a depth of
about three quarters on an inch, with a nick to the carotid artery. It
appears that a knife was used, and broken, in the attack. As she lay
dying, her right cheek was evidently pressed down and abraded by the
sole of a shoe for some appreciable period of time-apparently more than
one minute and perhaps as long as three to five. When found, her body
was practically nude, with the upper clothing pushed up above her chest
toward her neck and the lower clothing pulled down around her left
ankle; two pubic hairs rested on the left side of her head; her legs
were spread apart; her right iliac or pelvic region showed abrasions;
and her vagina contained blood and sperm cells-a serologist testified
that a vaginal swab revealed the presence of a “very small amount of
blood,” the “presence of sperm cells, spermatozoa,” and the presence of a
“very, very small amount of semen.” All the injuries were ante mortem.


At the scene of the crime were discovered distinctive shoe prints and
tire tracks. The shoe prints were very similar to those of defendant’s
shoes. The tire tracks were very similar to those of his pickup truck.
At least one of the tires in question was seen leaning, without a rim,
against a fence at the Clark home about 8 a.m. on September 7; it had
not been seen there on September 6. Also discovered at the crime scene
was a small round yellow metal jewelry clasp that could have come from a
chain that defendant owned and that was found in his pickup truck.
It was determined that the passenger-door window of defendant’s pickup
truck bore Hildreth’s right thumbprint on its inside surface. It was
also determined that the abrasion on Hildreth’s right cheek displayed a
pattern similar to that of the sole of defendant’s right shoe. It was
ascertained that the shoelace of defendant’s right shoe was stained with
blood that could have been deposited by only 0.068 percent of the Black
population; he was not a possible donor, but Hildreth was. It was also
ascertained that one of the two pubic hairs resting on the left side of
Hildreth’s head was consistent [6 Cal. 4th 1065] with defendant’s and inconsistent with hers, and
that the other was consistent with hers and inconsistent with defendant’s.


In statements made to friends and acquaintances on September 7, 1987,
defendant revealed that Hildreth had been killed and, more specifically,
that she had been killed by stabbing; he did so before that fact was
generally known. He claimed that Hildreth had met her death at the hands
of some unidentified persons from Los Angeles, and said that he wanted a
gun to pay them back. He also claimed that a scratch that marked his
face resulted from a game of basketball earlier in the day. Overhearing a
comment that his pickup truck had been seen on Cecil Avenue sometime
the previous night, he immediately denied the fact, stating that “it
wasn’t his truck” and that “he was at a girl’s house the whole time.” He
telephoned a “girl” he called “Connie” and “tr[ied] to make [her] say
that he was there the whole time”-evidently without success.


In
statements made to investigating law enforcement officers later on
September 7, 1987, defendant denied that he or his pickup truck had been
on Cecil Avenue at any time the night before. He also denied that
Hildreth had ever been in his vehicle. He said that the scratch on his
face resulted from a game of basketball earlier in the day.


For
his part, defendant introduced evidence to undermine the probativeness
of the People’s evidence, in an effort to show that they had not carried
their burden. He played on various uncertainties, including
uncertainties related to time. He did not take the stand.