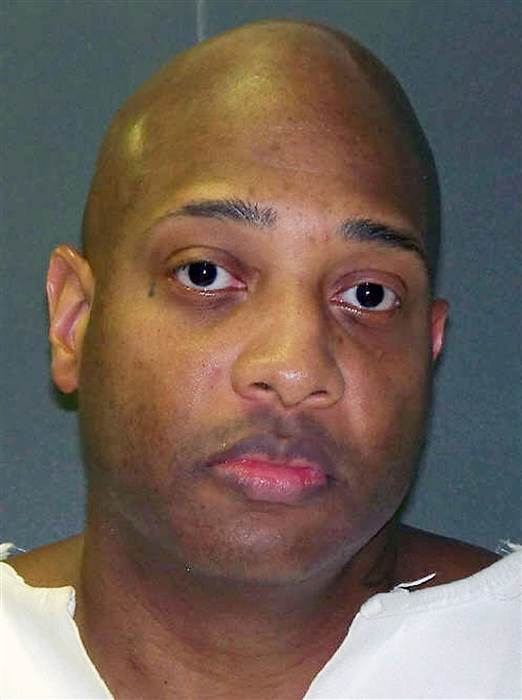 TaiChin Preyor was executed tonight, July 27 2017 for the murder of a man during a drug robbery.  According to court documents TaiChin Preyor was involved in a drug robbery that turned violent and he ended up stabbing the other man to death.  At trial TaiChin Preyor presented the defense that the other man attacked hm and he was only protecting himself however the jury did not believe him and he was sentenced to death.  TaiChin Preyor on his last attempt appeal put forward the argument that his attorney was incompetent and was not qualified to put forward a Capital Punishment defense in Texas.  The Supreme Court waived down his final appeal.

A Texas prisoner was executed Thursday night, according to prison officials.
TaiChin
Preyor, 46, was sentenced to die by lethal injection for breaking into a
24-year-old San Antonio woman’s apartment and fatally slashing her in
2004.
The U.S. Supreme Court rejected an appeal
earlier Thursday to put a stay for the execution after attorney’s
failed to convince courts that Preyor had deficient legal help during
earlier stages of his appeals and that he deserved a reprieve so his
case could be reviewed more fairly.
Asked by the prison warden if
he had a final statement, Preyor replied, “First and foremost, I’d like
to say: Justice has never advanced by taking a human life,” and
attributed the statement to Coretta Scott King. Then he said that he
would love his wife and children “forever and always.”
“That’s it,” Preyor said.
As
the lethal dose of pentobarbital began taking effect, he took several
deep breaths, then began snoring, each sound decreasing in volume.
Within a minute, all movement stopped.
He was pronounced dead 19 minutes later at 9:22 p.m.
Preyor selected no friends or relatives to witness his punishment. No one related to the victim in his case attended.
Preyor
was convicted in the February 2004 slaying of 24-year-old Jami Tackett,
who court records identified as Preyor’s drug supplier. She was stabbed
and her throat was cut.
Preyor’s lawyers earlier argued
unsuccessfully in the Texas courts and lower federal courts that an
inexperienced California attorney who handled federal appeals in his
case from 2011 to 2014 was “utterly unqualified.” They said she employed
a disbarred lawyer for guidance, perpetrating a fraud on the courts.
State
attorneys said the late appeals to reopen his case were legally
improper and that it was Preyor’s decision to stay with the
inexperienced lawyer who didn’t appear to miss any filing deadlines and
filed appropriate pleadings. The disbarred lawyer wasn’t precluded from
assisting Preyor’s attorney, state lawyers said.
Testimony showed
that in the early hours of Feb. 26, 2004, Preyor, dressed in black and
wearing a hood and gloves, kicked in the door of a San Antonio apartment
where Tackett lived and kept drugs in a safe.
Tackett recognized
Preyor when he barged into a bedroom, calling him by his nickname “Box.”
He attacked her boyfriend, who escaped to a neighbor’s apartment and
called for help. Evidence showed Preyor, a drug seller and user since
adolescence, then stabbed Tackett and cut her throat.
He fled the
apartment but returned because he lost his car keys in the struggle. By
the time he tried to flee a second time, police had arrived and used
pepper spray to subdue him. He was covered with the blood of his
victims.
At least six other Texas prisoners are scheduled to be executed in the next several months.
He was the fifth inmate put to death in Texas this year and the 16th nationally.