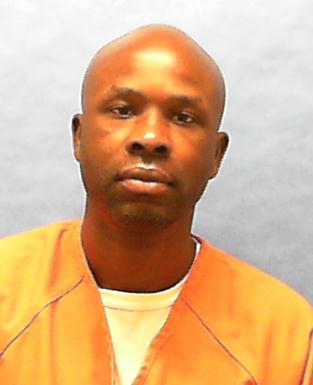 Tavares Calloway, convicted Thursday of executing five men in a Liberty
City drug heist in 1997, must now face the same jurors who found him
guilty — and his life hangs in the balance.

The 12-person jury will reconvene Sept. 14 to decide if Calloway should be put to death.

“Because you reap what you sow,” she said, puffy-eyed but smiling after jurors delivered their guilty verdict.

The panel convicted Calloway of five counts of first-degree murder and
one count each of robbery with a firearm, kidnapping and burglary of an
occupied dwelling.

The decision capped a three-month trial, another chapter in a
12-year-old case that Miami police detectives called one of the
bloodiest crime scenes in recent memory.

Calloway and another man seeking drugs and money stormed an apartment in
January 1997, hogtied five men, taped their mouths shut and removed
their pants. After debating whom to leave alive, Calloway methodically
shot each in the head, prosecutors said.

The case remained cold for more than a year until detectives
investigating another murder learned about Antonio Clark, whose
fingerprint was matched to one at the massacre scene. He led police to
Calloway, who detectives said also confessed in detail.

Clark was convicted last year. He is serving life.

With no fingerprints, physical evidence or eyewitnesses to the gunfire
to link Calloway to the murders, his confession became the focal point
of the case.

Calloway, during trial, testified that homicide detectives pressured him
to falsely confess with the promise it would help catch the real
killers.

Jurors began deliberating Monday. They were sequestered in an undisclosed hotel.

In the crowded courtroom of Miami-Dade Circuit Judge Dava Tunis on Thursday, a clerk read: “Guilty on count one.”

He shook the hands of his attorneys, Sydney Smith and Scott Sakin, saluted his family and surrendered to corrections deputies.

“It’s been a long journey, particularly for the families,” Borges said. “For 12 years they’ve been going through this.”