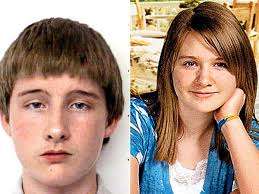 Levi Elliott was fifteen years old when he fatally shot his twelve year old stepsister. According to court documents Levi Elliott would fatally shoot Sierra Elliott while his father and stepmother were out of town. Levi would leave the home and hitchhike to where his mother lived. Upon arrival she brought him to a police … Read more