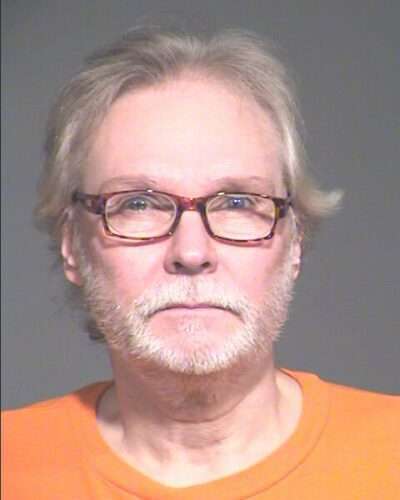 Jeanette Beaulieu, the victim, was a 38 year old single woman. She knew Spears, who lived near San Diego, and considered him her “boyfriend”. Apparently unbeknownst to Jeanette, Spears was living with a girlfriend named Joann in California. In December 1991, Jeanette took family leave from her employer. On December 31, she purchased a one-way airplane ticket for Spears to come to Phoenix on January 2, 1992. Spears brought with him his 9mm Beretta handgun. After Spears arrived in Phoenix, Jeanette purchased a sleeping bag, withdrew $1,700 from an ATM, and had the title to her truck notarized. She later used a charge card for a cash advance of $500. On Saturday afternoon, January 4, Spears called Joann and told her that he would be driving back to California. When he arrived, he had with him five guns that had belonged to Jeanette, two sleeping bags, and almost $1,000 in cash, and was driving Jeanette’s truck. On January 19, Jeanette’s body was discovered in a desert area, having been shot through the head with a medium- or large-caliber bullet. Near where the body was found, officers found a shiny 9mm shell casing, which was later identified as having been fired from Spears’ 9mm Beretta.

Defendant lived near San Diego, California with his girlfriend Joann. Defendant had no income, so Joann supported him. Defendant had another female acquaintance in Phoenix named Jeanette (the victim) whom he had visited several times. Jeanette referred to defendant as her boyfriend and talked about their future plans together.

The state presented evidence that, in late December 1991, Jeanette apparently began getting ready to take a trip with defendant. She had her 1984 Dodge Rampage truck serviced on December 27. Shortly thereafter, she requested an extended family leave from her employer. On January 2, 1992, defendant flew from San Diego to Phoenix, using a one-way plane ticket that Jeanette had purchased for him. Before leaving California, defendant told Joann that he was going to Phoenix to work on some airplanes for 3 or 4 days. Defendant brought a 9mm Beretta handgun with him to Phoenix.

The day that defendant arrived in Phoenix, Jeanette used her Mastercard to get a $700 cash advance, and she bought a watch and sleeping bag at Target. The next day, January 3, she got a $1000 cash advance using her Mastercard and a $500 cash advance using her Discover card. Later that day, defendant accompanied Jeanette to the bank where she had the title to her truck notarized, which made the title readily transferable. No evidence indicates that Jeanette was alive after January 3.

On January 4, defendant wrote the following on a notepad that he kept on his gun cabinet: “To anticipate death is worse than death itself. Only a matter of time.” That same day he drove back to California in Jeanette’s truck and arrived at Joann’s around 10:30 p.m. Defendant told Joann that he bought the truck from an older couple for $3000. Upon his arrival, he had approximately 5 guns, some of which *283 matched those belonging to Jeanette, two sleeping bags, and almost $1000 in cash. Defendant immediately purchased a gun cabinet upon his return. He put his 9mm Beretta in the cabinet, and it remained there until police seized it on January 25.

On January 19, a family was target shooting in a desert area near Ellsworth and Elliot Roads in Maricopa County when they discovered Jeanette’s body and notified the police. Jeanette was wearing the same shirt she had on when a bank camera photographed her on January 3. The autopsy revealed that Jeanette had died from a gunshot wound to the back of her head with a medium or large caliber bullet. Based on the decomposition of her body and the weather conditions, the medical examiner opined that she could have been dead for 2 to 3 weeks by the time her body was discovered. On January 30, 11 days after Jeanette’s body was found, police discovered at the scene a shiny 9mm shell casing later identified as having been fired from defendant’s 9mm Beretta handgun.

While searching Jeanette’s home, the police discovered that her truck was missing. They also found a TV Guide open to January 3 and a receipt for the plane ticket that Jeanette had purchased for defendant. After getting defendant’s name from the receipt, the police traced him to the San Diego area. On January 24, the Mesa Police Department telephoned the San Diego County Sheriff’s Department to advise them that Jeanette was dead, her truck had been stolen, and defendant was a possible suspect. The Mesa police later sent an “attempt to locate” facsimile to San Diego confirming the phone conversation. The San Diego County sheriff arranged for surveillance of defendant’s apartment complex. The deputies took defendant into custody when he arrived home on January 25 driving Jeanette’s truck. Upon his arrest, defendant claimed to have a valid title to the truck in the glove compartment, but a brief search revealed none. Mesa police officers later processed the truck, and they in fact found in the glove compartment the title that Jeanette had notarized on January 3, and on the back of that document defendant’s name was written in the space designated for the purchaser to whom the title was being reassigned. Jeanette signed the back of the title in blue ink on January 3 in the presence of the notary, and defendant’s name was written in black ink and dated January 1. At the time of his arrest, defendant had not registered the truck in California.

The State of Arizona charged defendant with one count of first degree murder and one count of theft. At trial, defendant, through counsel, denied any involvement in the murder and theft. At the end of the state’s case, defendant moved for a judgment of acquittal for the theft and first degree murder charges, and the trial court denied both motions. Defendant then rested without testifying or presenting any evidence. On December 9, 1992, the 12-member jury unanimously found defendant guilty of theft and premeditated first degree murder. The verdicts of guilty were signed by the jury foreperson, Janet M. Kovach. The jury was polled, and the jury collectively and each juror individually responded yes to the question put by the clerk: “Are these your true verdicts?” See rule 23.4, Arizona Rules of Criminal Procedure.

The trial court held an aggravation/mitigation hearing and found one aggravating factor that defendant committed the murder in expectation of pecuniary gain. The court found that the only mitigating circumstance was defendant’s lack of a prior felony record. However, the trial judge also assigned some cumulative mitigating value to the following factors: love of family, good conduct in court and while incarcerated, military service, and psychological profile. The trial judge concluded that the mitigation presented was not sufficiently substantial to call for leniency and sentenced defendant to death for the murder and 4 years’ imprisonment for the theft, to be served concurrently.