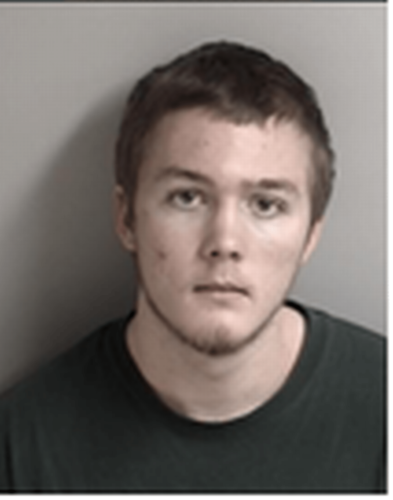 Nolen Buchanan was just sixteen years old when he murdered his entire family in California. According to court documents Nolen would open fire on his father, stepmother, younger half brother before setting the cabin on fire. This teen killer would be tried as an adult and after being convicted of the four murders would be sentenced to one hundred and fifty years in prison.

The Benicia teen who was accused of shooting and killing his father, father’s fiancee and 8-year-old half brother and then burning their bodies was convicted of the murders in El Dorado County Superior Court Wednesday.

The jury deliberated for two hours before returning the verdict, the El Dorado County District Attorney said in a press release.

On the morning of Sept. 13, 2015, then 16-year-old Nolen Buchanan used a .22 caliber rifle to shoot his father, Adam Buchanan 38; his fiancee, Molly McAfee, 37; and their 8-year-old son, Gavin at their vacation cabin along Highway 193 in Greenwood. He then doused the bodies and cabin in gasoline and set them ablaze, burning the cabin to the ground, the district attorney’s office said.

Buchanan drove his family’s truck back to their home in Benicia and denied being at the cabin that weekend. In court, he said his father shot his stepmother and half-brother and tried to shoot him, but Buchanan said he wrestled the gun away from his father and shot him in self-defense.

September 13, 2015 was the worst day in the lives of the Molly McAffe, and Adam and Gavin Buchanan families. They lost a son, grandson, sister, daughter, aunt, nephew, cousin, and their lives will be forever haunted by the heinous acts of another relative, Nolen Buchanan.

It was a very emotional afternoon in El Dorado County Superior Court Judge Suzanne Kingsbury’s court Thursday during the sentencing of the now 18-year-old responsible for shooting his father, his father’s fiancé and his 8-year-old brother and then setting their cabin on fire in Greenwood, Calif.

On June 13 a South Lake Tahoe jury found Benicia, California teen Nolen Buchanan guilty on three counts of first degree murder and three special allegations that he personally used a firearm with intent to discharge, causing death; used a firearm in a violent offense; used a firearm to cause great bodily injury.

“I don’t think any other case has affected me more than this one,” said Judge Kingsbury who has spent decades on the bench and in the district attorney’s office. “This is a case that has impacted me.”

As family members got up to read their victim’s statements to the court, Nolen Buchanan sat straight in his seat between his lawyers, dressed in a prison orange jumpsuit and a new jailhouse haircut. He stared straight ahead as his grandfather and Molly’s parents and sister got up to speak. They spoke of their lives, once filled with happiness and family, but now filled with sleepless nights, PTSD, depression, sadness, depression and despair.

In sentencing, Kingsbury described case law and California SB394 in how she arrived at her decision. Had Nolen been older when he committed the murders he would not be seeing any chance of getting out of prison in his lifetime. But, with the passage os SB394 in October, 2017, Nolen will have a chance at parole.

Kingsbury reflected on a homelife Nolen was faced with, one where his dad both verbally and physically abused him, and the emotionally abuse he lived with inside a chaotic house. She also spoke about the premeditation of the murders and subsequent fire, and the calculating method in which he used his friends to cover for him, plan for a future as taking over the family business and home as a 16-year-old, an entitled way of reacting while in the Juvenile Treatment Center in South Lake Tahoe after his arrest, lack in ability to follow rules.

The judge sentenced Nolen Buchanan to 150 years in prison for the three counts of murder and three special allegations, but, if approved, he could get out on parole in 25 years due to the Senate Bill and Supreme Court rulings for minors that commit felonies. He gets credit for 1,016 days served.

“He will have a chance to rehabilitate,” said the judge. “It’s up to him.”

“Everybody has the capacity to change,” Judge Kingsbury told Nolen. “I hope you do everything in your power to do so.”

If he ever does parole out of prison he will face hefty amounts of restitution to the victims and court, the total unknown at this time.

Buchanan can appeal her decision within the next 60 days. In the meantime he is being transferred to the Deuel Vocational Institution in Tracy, California.