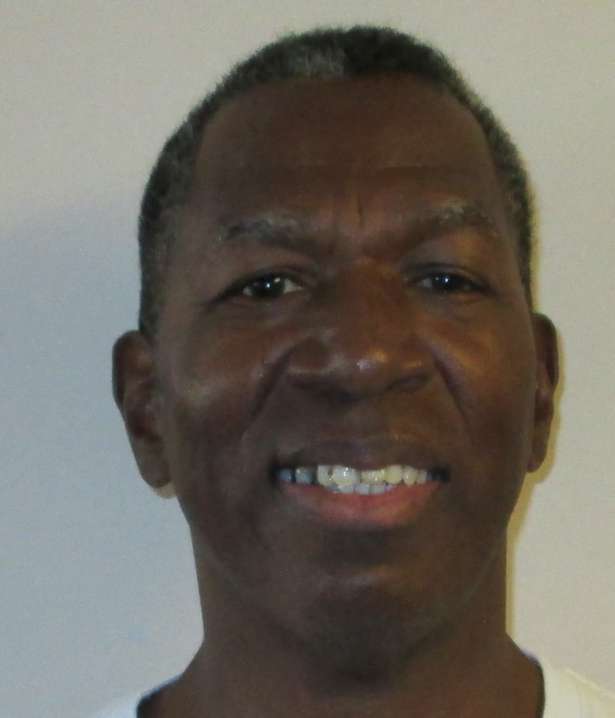 “On September 11, 1985, Connie Brown (the appellant’s ex-wife), Cassandra Lee and Dee Ann Duncan were all nursing students at George C. Wallace Junior College in Selma, Alabama.   That morning, Brown, Lee and Duncan were in a class of thirty-four students in a classroom in the Science Building at the junior college.   At approximately 10:00 that morning, the appellant came to this classroom and asked to see Brown.   The instructor, Shelia Guidry, told Brown that she could leave the classroom.   Brown left the room with the appellant and she went to the office of Joyce Howell, a secretary at the college, and asked to use the telephone.   Brown appeared nervous and Howell helped Brown dial the phone numbers.   Brown made calls to an elementary school and to her mother.   The appellant came into the office while Brown was making the phone calls.   As a result of her conversation with Brown, Howell called campus security to remove the appellant from the campus.   Howell then walked Brown back to her classroom.

“While Brown was out of the classroom, Guidry had recessed the class for a short break.   Brown returned to the class at the end of the break and took her seat.   Many of the students were in the classroom at this time because they had remained in the room during break or they had returned from the break.

“Brown sat directly in front of Lee and to the right of Duncan.   Shortly after Brown returned to the classroom, the appellant Earl McGahee appeared at the door and asked Brown to come outside.   Brown refused.

“Brown struggled to the front of the classroom and fell to the floor.   Earl McGahee then began kicking and stomping Brown.

“Dana Andrews was walking down a hallway in the Science Building that morning when she saw the students running out of Guidry’s classroom and heard gunshots.   She went to the room to see if she could help and pushed open the classroom door.   Andrews saw the appellant ‘leaning over and he had her [Brown’s] legs lifted up with his left arm and he had his right arm, he was pulling her panties off.’  (R-474).

“Ferrin Eiland, an instructor at the college, went to Guidry’s classroom when he heard the students screaming.   He looked through the door window and saw Brown lying on the floor naked.   Brown’s legs were propped up and parted and the appellant was kneeling between her legs.   Eiland saw the appellant strike Brown twice on the chest with his fists.

“While Dee Ann Duncan was lying on the floor pretending to be hurt, she heard Earl McGahee say to Brown, ‘Get up, Bitch’ (R. 780). He told Brown that nothing was wrong with her and he began kicking her.   He then said several times, ‘give it to me like you had used to” and “you make my d_ hard’ (R-781).   Duncan noticed that Brown did not have her jeans on.

“At some point, the appellant came over to Duncan and put his hands between her legs and began rubbing them.   He then jerked her head up and asked her what was wrong.   The appellant began striking Duncan’s head with the pistol and Duncan blacked out.

“Truett McGee testified that he went to 1410 Philpott in Selma on the morning in question to investigate an unauthorized use of a motor vehicle.   He was told by a Mrs. Redd that the appellant had taken her car.   Mrs. Redd was a relative of the appellant.   While McGee was investigating this incident, he received a call that there had been a shooting at the college.

“McGee proceeded to the college and went to the classroom in the Science Building.   When he looked through the door window, Earl McGahee pointed a pistol at him.   McGee then heard a shot.   McGee told the appellant to throw out his pistol and come out of the classroom.   The appellant complied and was arrested and taken into custody.

“Officer Jerry Ward of the Selma Police Department then took the appellant to a patrol car and read him his Miranda [v. Arizona, 384 U.S. 436 (1966),] rights.   While he was being transported to the police station, the appellant began talking.   He stated, ‘Well, if the son of a bitch lives, it ain’t my fault cause I gave her a free ticket to heaven.   If the son of a bitch lives it’s a miracle.   It’s only because Jesus must want her to.’  (R-761, 763).   The appellant further stated that things didn’t work out like he wanted them to so he ‘started busting caps’ (R. 763).   He told the police that, if he had taken all the shells in the classroom that he had in the car, the police would not have taken him alive.

“When the police entered the classroom after Earl McGahee had been taken into custody, they discovered Lee, Brown and Duncan in the classroom.   Brown was already dead and Lee and Duncan were injured and were transported to Selma Medical Center.

“Lee arrived at the hospital with multiple (five) gunshot wounds to her body.   When she arrived at the hospital, Lee had no palpable blood pressure, she had suffered some blood loss and she was paralyzed from the waist down.   Lee was resuscitated with fluids and given two pints of blood.   Surgery was performed on Lee to repair an injury to her spleen.   One of the gunshots caused an air leak in Lee’s lungs but surgery could not be performed on the lungs because Lee’s condition was not stabilized.   After surgery, Lee’s family requested that Lee not receive any more blood transfusions because she was a Jehovah’s Witness.

“Lee died on September 21, 1985[,] as a result of complications from the gunshot wounds, i.e., meningitis and adult respiratory distress syndrome.   Medical experts testified that the fact that Lee did not receive any more blood transfusions after her family’s request did not contribute to her death because they were able to compensate for any blood loss by other means.

“Duncan suffered a depressed skull fracture but survived.   As a result of her injury, she lost the ability to taste and smell.

“An autopsy performed on Brown revealed that she died as a result of repeated blows to the face and head which resulted in multiple fractures to the skull and subsequent injury to the brain.   Dr. Allen Stillwell, a forensic pathologist, testified that these injuries would be consistent with Brown’s being hit with the butt handle of the gun and being stomped with a foot.   He further stated that Brown had been strangled.   Brown also received blunt trauma injuries to her upper abdomen area as well as two gunshot wounds to her left arm.   However, these injuries were of a non-fatal nature.   Stillwell found no evidence in Brown’s body of recent sexual activity.

“Lonnie Ray Hardin, a firearms and toolmarks expert with the Department of Forensic Sciences, testified that the bullets removed from Lee’s and Brown’s bodies by Dr. Stillwell were fired through the same .357 Magnum gun which the appellant threw out of the classroom.   The hammer of this gun was found on the floor in the classroom.   Hardin testified that it would take a considerable amount of force to dislodge the hammer from the gun.   The State then rested its case.

“The appellant’s first three witnesses were the psychiatrists who examined him at the Taylor Hardin Secure Medical Facility and who served on the Lunacy Commission.

“Elizabeth Marie Sapala, a private psychiatrist appointed to assist the defense, testified that, although she found the appellant to be competent to stand trial, she believed the appellant lacked the capacity to conform his conduct to the requirements of law at the time of this offense.   She stated that Earl McGahee was unable to resist the rage inside of him due to several stress factors, i.e., the appellant’s unemployment, his financial situation, his divorce from Brown and subsequent custody disputes over their child, his problems with his mother and his substance abuse.

“When Earl McGahee was released from jail, he returned to Selma and lived with his mother while attending George C. Wallace Junior College.   In July of 1985, the appellant’s mother ‘kicked him out of the house’ and filed reckless endangerment charges against him.

“The appellant then went back to his mother’s car and got her gun.   He went to the classroom to see Brown but she would not talk to him.   He pulled the pistol from his pants and said, ‘What about now?’  (R. 968).   Brown jumped up and the appellant pulled the trigger.   The appellant then ‘went upside her head’ with the pistol and kicked her in the head.   He stated he removed Brown’s clothes because she had disgraced his name and he wanted to disgrace her.   He denied making sexual advances toward her.

“The appellant testified that he didn’t mean to shoot Lee and he hit Duncan because he panicked.

“The State presented several witnesses on rebuttal, including a clinical psychologist, to refute the appellant’s allegations that he was insane at the time these offenses were committed.”