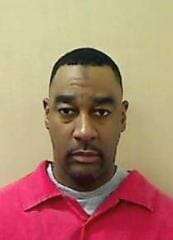 The defendant was indicted on 20 May 1996 for two counts of first-degree murder. Defendant was tried capitally to a jury at the 3 February 1997 Criminal Session of Superior Court, Lenoir County, the Honorable Louis B. Meyer presiding. The jury found defendant guilty of both counts of first-degree murder on the basis of premeditation and deliberation. Following a capital sentencing proceeding, the jury recommended sentences of death as to each murder conviction. On 18 February 1997, the trial court sentenced defendant to two separate sentences of death, one for each of the two convictions for the first-degree murders of Clarence Jones and Michael Smith.

Defendant got back into the car and told Taylor to “forget them country boys. They should not have robbed me.” At defendant’s request, James drove the Mercedes Benz to Yashica Miller’s house located in the Richard Green Apartments. On the way to Miller’s apartment, Taylor repeatedly asked defendant why he had to do it, and defendant answered that the victims should not have robbed him. Defendant also stated that Smith and Jones “got it flatbush style in the head.”