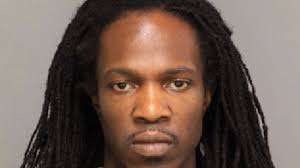 The jury has decided the fate of Brandon Council, who robbed a bank and killed two women in Conway back in 2017.

A jury convicted him last Tuesday of killing 59-year-old Donna Major and 36-year-old Katie Skeen on August 21, 2017, during a robbery at CresCom Bank in Conway. The two women were longtime employees of the bank. Their deaths impacted many in the community.

The jury deliberated for five hours total before delivering the death sentence, and the verdict came in at 10:16 a.m. Thursday.

“It was an event that certainly ripped at the fabric of our city because we are very peaceful,” Conway Police Chief Dale Long said after the sentence was read. “The events that happened that day as you see evidenced in court today is nothing that’s going to hold us back. The final verdict is that good has overcome evil.”

Council got away with about $15,000 from the bank before being caught two days later in Greenville, North Carolina.

Before reading the sentence, the judge reviewed more than 100 aggregation and mitigation votes the jury took in deciding to go with the death penalty.

Jurors considered Council’s broken family life more heavily than his history of drug use and emotional issues. Many jurors paid close attention to Council’s relationship with his mother and grandmother.

They also put weight behind his time spent at a behavioral institution, which defense attorneys argued subjected him to abuse by staff members.

They were less sympathetic to Council’s behavior during the trial or his quick confession to police.

Despite handing down the death penalty, 10 jurors responded affirmatively to the phrase “all life has value.”

U.S. Attorney Nathan Williams presented closing arguments on behalf of the government. He reminded the jury about the lives of Major and Skeen.

“I worry as I stand here that when you go back in the jury room, you forget Donna and Katie, ” said Williams.

Williams told jurors they should consider Council intentionally killed the woman and has shown no remorse for his actions.

He reminded jurors of Council’s hard life growing up and losing his grandmother, who raised him when he was 11-years old.