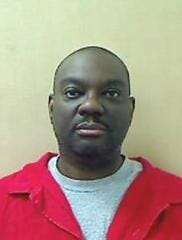 After a capital sentencing proceeding, the jury recommended a sentence of death for each of the nine counts of first-degree murder