The evidence presented at the sentencing hearing showed that around 9:00 a.m. on the morning of 5 July 1995, defendant, twenty-five years old at the time, pawned some appliances at a local pawn shop in Winston-Salem and redeemed his Chinese SKS semiautomatic assault rifle, a weapon that can be bought in many department stores and that holds ten rounds of ammunition per magazine clip.   Around midday he bought some gas and a soft drink in Richmond County at Braswell’s Grocery.   Mr. Lewis Braswell, sixty-seven, waited on defendant and gave him his change.   Defendant asked Mr. Braswell if he could pull his car over and rest for a while, and Mr. Braswell replied that that would be fine.   Mrs. Jewel Braswell, also sixty-seven years old and the wife of Lewis Braswell for forty-four years, then came over from their home, directly adjacent to the store, and took care of the store while Mr. Braswell went home to eat lunch.

While in his kitchen, Mr. Braswell heard defendant’s voice over the intercom connecting the house to the store;  so he walked back to the store.   Looking in the back window of the store, he saw his wife showing defendant out the front door and telling him, “Drive careful out there;  there’s a lot of traffic on the road today.”   Mr. Braswell then returned to his house to eat lunch.   He then heard defendant’s voice over the intercom a second time and, thinking something was not right, went back to the store again.   Halfway there, he heard the rapid firing of gunshots.

Law enforcement officers quickly tracked defendant’s vehicle.   Ultimately, defendant swerved off the road onto the right-hand shoulder, exited the vehicle, and was arrested.   The officers found the assault rifle on the back seat with the safety off, one round in the chamber, and four more bullets in the magazine.   Defendant produced $69.00 from his pants pocket as the proceeds from the robbery and killing.   He also gave a statement to police indicating that when he went back into the store with the rifle, he ordered the victim to open the cash register and give him the money, and then shot the victim.

The pathologist who performed the autopsy on Mrs. Braswell testified that he found five gunshot wounds that passed completely through her body.   Four of those wounds caused massive hemorrhaging and damage to the lungs, liver, bowel, and spinal cord:  (1) one entered the right chest and exited out the right back;  (2) another entered just above the right clavicle and exited further down on the right back;  (3) a third entered the base of the neck and exited out the right shoulder region;  (4) another entered the right upper abdomen and exited above the right buttock region;  and (5) the fifth wound was to the little finger of the right hand.   The cause of death was any of the four primary wounds.   There were only a few tiny pieces of bullet fragments left in the body.   In the counter area of the store, behind where Mrs. Braswell had been sitting when she was shot, investigators found five bullet holes and numerous bullet fragments.   Investigators also found five shell casings in the store.

In support of the N.C.G.S. § 15A-2000(e)(3) aggravating circumstance, the State introduced into evidence copies of three 1989 indictments and judgments showing that defendant had pled guilty to two counts of common law robbery and one count of armed robbery in connection with crimes committed in downtown Asheville in 1989.   Defendant served his sentence for those offenses and was released from prison in 1994. 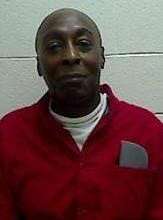 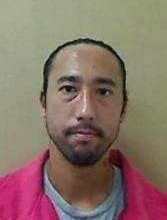 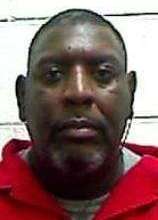 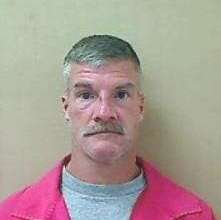