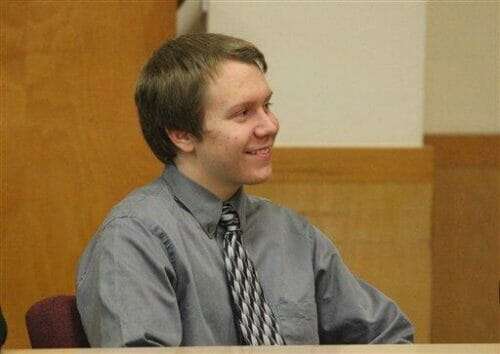 A man imprisoned for killing two North Iowa store clerks was in solitary confinement on Friday after attacking another inmate, officials say.

Swanson, serving time for the 2010 shooting deaths of Vicky Bowman-Hall and Sheila Myers, slashed another inmate in the neck multiple times at the Iowa Medical and Classification Center in Coralville on Nov. 13, according to a criminal complaint and affidavit.

The victim needed stitches to close 15 lacerations, the complaint states. A corrections officer and another inmate allegedly pushed Swanson off the victim.

Prison officials say Ivester also was involved in the attack. Officials would not identify the victim.

Swanson and Ivester have been separated from the rest of the prison population. They are not allowed to interact with one another or other inmates, said Iowa Department of Corrections Assistant Director Fred Scaletta.

No staff members were injured. The incident did not result in a lock down at the classification center, Scaletta said.PauseCurrent Time0:00/Duration Time0:00Stream TypeLIVELoaded: 0%Progress: 0%0:00Fullscreen00:00Mute

Bowman-Hall was working at the Crossroads gas station in Algona. Myers was shot later that night at a Kum and Go in Humboldt.

Initially sentenced to life in prison, Swanson was one of 38 inmates convicted as juveniles whose life-time prison sentences were commuted by Gov. Terry Branstad.

Branstad made the move after the U.S. Supreme Court ruled juveniles could not be sentenced to life without parole.

Swanson, who was 17 at the time of the killings, will now be eligible for parole after serving 60 years in prison.

Michael Swanson, who killed two convenience store workers in 2010 and was convicted in 2011, will serve an additional 25 years after pleading guilty to attempted murder

Swanson, 21, made the guilty plea Tuesday to slashing a fellow inmate with a knife at the Iowa Medical and Classification Center in Coralville.

Both women were survived by husbands and children.

Swanson was convicted of first-degree murder and first-degree robbery for killing Myers. He shot Myers in the face with a .40-caliber Beretta handgun and left the Kum & Go store with $31 and some cigarettes.

He received a life sentence for that murder.

He admitted during his plea hearing that he walked into the Crossroads convenience store on the night of her death armed and shot Bowman-Hall with the intention of killing her.

Swanson received a life sentence for that murder.

In 2013, Gov. Terry Branstad commuted the life sentences of 38 Iowa inmates convicted as juveniles, including Swanson, to terms of 60 years in prison before they could be eligible for parole.

A re-sentencing hearing for Swanson has been continued indefinitely due to the attempted murder case, according to Iowa Courts Online.