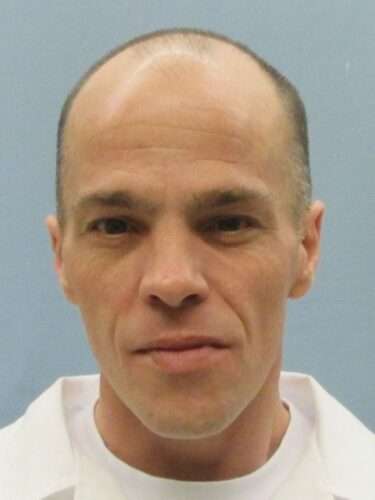 Christopher Brooks, convicted of the 1992 rape, murder and robbery of Jo Deann Campbell, was put to death Thursday night in the first execution carried out in Alabama in almost 2 1/2 years.

Brooks was declared dead at 6:38 p.m., about 20 minutes after being administered a three-drug lethal injection. Media witnesses present said there did not appear to be signs of struggle or distress during the procedure.

Brooks said before the execution he was grateful for the love of his friends.

“I hope this brings closure to everyone involved,” he said. “These last two years have been amazing. I hope to see you soon.”

Investigators found Campbell on Dec. 31, 1992, partially clothed and beaten with a weight in her apartment in Homewood. Brooks had met Campbell while working as a camp counselor. Campbell allowed Brooks to sleep on her floor the evening before.

Police found a bloody fingerprint belonging to Brooks at the scene, and later found Brooks with Campbell’s  car keys and credit card. A jury convicted Brooks, 43, in 1993 of the crime, a conviction upheld in the state’s appellate courts.

In a statement, Mona Campbell, Jo Deann Campbell’s mother, said the execution would not bring the family closure but would relieve them from “appeal after appeal, keeping my family stressed for 23 years.”

“This execution did not and will not bring back my precious youngest daughter, who I love with all my heart,” Mona Campbell said in the statement. “I know she is in heaven with her father, and someday God will allow me to join them. I hope that Brooks, who has done this horrible inhumane act, has made his peace with God.”

Media witnesses said Christopher Brooks spoke with a chaplain and held his hand as the drugs were administered. Tim Lockette of The Anniston  Star said shortly after, “he closed his eyes, his lips parted, his breathing grew more shallow.” Kent Faulk of al.com said Brooks did not appear to be moving by 6:19 p.m. The curtain closed on witnesses at 6:30 p.m., indicating all the drugs had been administered.

Alabama last executed an inmate on July 25, 2013. Executions came to a halt due to a shortage of drugs used in the execution, particularly the sedatives meant to render the condemned inmate unconscious before the injection of the fatal chemicals. Legal challenges to lethal injection also slowed the execution process.

The state switched the sedative from sodium thiopental to pentobarbital after Hospira, the maker of sodium thiopental, discontinued its manufacture in the United States in 2011. The state acknowledged in early 2014 it had run out of pentobarbital. But in a filing with the Alabama Supreme Court in September, the Alabama Attorney General’s office said it had secured midazolam  hydrochloride as a sedative.

Florida has used midazolam in its executions since 2013, without reported incident. But the drug was present in executions in Ohio, Oklahoma and Arizona in 2014, where inmates took a lengthy time to die. In two cases, reporters said inmates appeared to be gasping or choking through the process.

Witnesses said Christopher Brooks did not show any signs of distress during the execution.

“Specifically for the execution of Mr. Brooks, it went exactly according to our protocol,” Alabama Department of Corrections commissioner Jeff Dunn said after Brooks’ death.

After administration of the sedative, the state protocol calls for the injection of rocuronium  bromide, which paralyzes the muscles. The inmate next receives potassium chloride, to stop the heart. The drugs are administered from a room outside the execution chamber. Under state law, Holman warden Carter Davenport administers the lethal injection.

The U.S. Supreme Court upheld the use of midazolam in executions in a 5-4 decision. Writing for the majority, Justice Samuel Alito said three Oklahoma inmates challenging its use had failed to prove it violated the U.S. Constitution’s prohibitions against cruel and unusual punishment. The court also ruled that the condemned had to suggest a more humane method of execution available to officials.

Brooks was moved to a holding cell on Tuesday in advance of the execution. He was given a breakfast of grits, biscuits, sausage, jelly and cheese at 6:10 a.m. Thursday, but did not eat it. Brooks saw friends and attorneys until 4:15 p.m. Thursday, according to Corrections officials. For his final meal, Brooks requested two peanut butter cups and a Dr. Pepper.

There are 186 inmates on Alabama’s death row. Five have challenged the use of midazolam, saying it would not render them unconscious in time to avoid the pain from the other two drugs, which would be a violation of the Eighth Amendment’s protections against “cruel and unusual punishment.” The inmates also questioned whether Corrections officials consistently administer a consciousness test before administering the lethal drugs. Brooks filed a motion to join the case in November, and later to stay his execution.

“Midazolam  will not anesthetize Brooks, and regardless of the dose, will not eliminate the risk that a condemned inmate will experience pain from the paralytic or potassium chloride,” his brief said.

A district court allowed Brooks to join the lawsuit, known as the “Midazolam Litigation,” but refused to grant a stay. A federal appeals court Tuesday refused to intervene, upholding the district judge’s ruling that Brooks had not offered an alternative means of execution available to the Alabama Department of Corrections. The court also upheld the district court’s ruling that Brooks had run out of time to intervene in the case.

The U.S. Supreme Court denied Brooks’ requests for a stay of execution Thursday evening. The majority did not explain its reasons. Justice Stephen Breyer wrote a brief dissent, saying the methods by which Brooks was sentenced resembled Florida’s capital sentences, which the high court voted to strike down earlier this month in a case titled Hurst v. Florida.

“The unfairness inherent in treating this case differently from others which used similarly unconstitutional procedures only underscores the need to reconsider the validity of capital punishment under the Eighth Amendment,” Breyer wrote.

Justice Sonia Sotomayor, joined by Justice Ruth Bader Ginsberg, wrote a separate concurrence in the denial. Sotomayor wrote that “procedural obstacles” prevented the court from granting the stay, but added that the majority’s decision to deny the ruling was based on two cases that Hurst overturned. The execution did not begin until the Supreme Court’s ruling arrived, Dunn said.

The long pause between executions in Alabama was unusual, but not unprecedented. The state resumed executions in 1983, but did not schedule any for almost three years, following the gruesome death of John Evans in the electric chair on April 22, 1983. There was a 2 1/2-year gap in executions in the state between 1992 and 1995.

Campbell’s family asked the public to remember their daughter and sister and the way she lived her life.

“Although Jo Deann only had 23 years with us on Earth, she had an impact on so many lives and was loved by so many, including those who never had the opportunity to meet her,” said her sister, Fran Romano, in a statement.

“She was the victim who in no way deserved her untimely horrific fate on this earth,” Corinne Campbell said in a statement. “Her last act was none other than helping someone else. And I am not surprised. She did that continually, as it was her friendly, kind-hearted nature.”