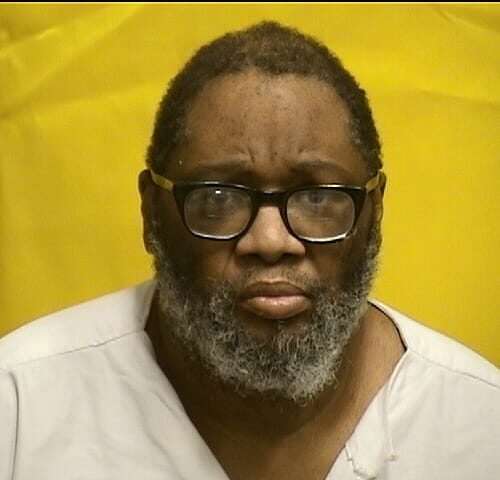 A panel of federal judges has set a date to hear whether or not Danny Lee Hill should be executed for torturing, raping, and murdering a 12-year-old Warren Boy Scout.

The Sixth Circuit Court of Appeals will hear oral arguments in the Hill case on December 5.

Hill was sentenced to death for the 1985 murder of Raymond Fife in a field in Warren.  However, the sixth circuit court found earlier that Hill shows signs of being mentally deficient, including an IQ ranging from 48 to 71 and childlike, confused and irrational behavior.

Because a 2002 U.S. Supreme Court ruling declared that executing people with intellectual disabilities is unconstitutional, the death penalty for Hill was taken off the table.

The Trumbull County Prosecutor’s Office took the appellate court ruling to the U.S. Supreme Court which refused to hear the case but found several “deficits” in the Sixth District Court of Appeals ruling and sent the case back to the appellate judges for reconsideration.

At the center of the debate is how the appeals court came to their decision. The Supreme Court argues that the Sixth District “relied repeatedly and extensively” on a capital murder case dealing with intellectually deficient individuals.

However, the Supreme Court justices ruled that that specific case Moore v. Texas wasn’t decided until well after Hill’s case.

Trumbull County Prosecutor Dennis Watkins argues that all nine U.S. Supreme Court agreed that the Sixth District Court of Appeals “did not appropriately apply the law.”

The question now, according to Watkins, is whether the “correct law” would bring about the death penalty when applied to the Hill case.

Watkins says the state courts which ruled on the case under the current laws found that Danny Lee Hill should be executed for the crime.

According to court records, on September 10, 1985, at approximately 5:15 p.m., Raymond Fife left home on his bicycle to visit a friend, Billy Simmons.

After learning that the 12-year-old had not arrived at his friend’s home by 5:50 pm, Fife’s family began searching for him.

Raymond Fife’s father found his son more than four hours later in a wooded field behind the Valu-King supermarket on Palmyra road.

The coroner, who ruled Raymond’s death a homicide, testified during the trial that the victim had been choked and had a hemorrhage in his brain. The coroner also said that Fife sustained several burns, damage to his rectal-bladder area and bite marks on his penis.

Through testimony from three Warren Western Reserve High School Students, the jury learned that Danny Lee Hill and Timothy Combs were in the area of the Valu-King and the bike trails on the evening Raymond Fife was assaulted. One of the students had also seen Fife riding his bike in the store parking lot.

A student who said he saw Combs on the trail also said he heard a child’s scream. Another student says he saw Combs pulling up the zipper of his blue jeans.

Two days after Fife was found, Danny Lee Hill, who was 18-years-old at the time, went to the Warren Police Station to inquire about a $5,000 reward that was being offered for information concerning the murder.

According to Police Sergeant Thomas Stewart, Hill told him that he had just seen some he knew riding Fife’s bike. When Stewart asked Hill how he knew the bike belonged to Fife, Hill replied, “I know it is.”

Sergeant Stewart testified that during their conversation, it became apparent that Hill knew a lot about the bike and the underwear that was found around Fife’s neck.

On the following Monday, September 16, Hill went to the police station accompanied by his uncle, Warren Police Detective Morris Hill.

Police say after waiving his Miranda rights, Danny Lee Hill admitted on audio and videotape that he was present during the beating and sexual assault of Raymond Fife, but that Timothy Combs did everything to the victim.

Since Combs was 17-years-old at the time of the crime, he was not eligible for the death penalty and was serving a life sentence until his death in prison last year.

Hill was convicted on the same charges, but since he was 18-years-old at the time Fife was assaulted, he was sentenced to death.