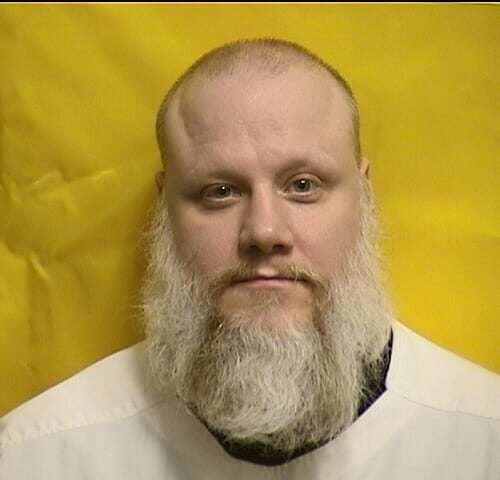 Archie J. Dixon, defendant-appellant, and Christopher Hammer were friends and former housemates.   On September 22, 1993, Dixon and a co-defendant, Timothy Hoffner, beat Hammer, tied him to a bed, and stole the contents of his wallet and his automobile.   Dixon and Hoffner then drove Hammer to a remote area, buried him alive in a shallow grave, and left him to die.   Dixon was convicted of the aggravated murder, aggravated robbery, and kidnapping of Hammer, and was sentenced to death.

{¶ 2} Hammer began his friendship with Dixon and Hoffner in the summer of 1993.   For a short period of time in mid-August 1993, Dixon, Hoffner, and Hammer stayed at the Toledo home of Kirsten Wilkerson, Dixon’s girlfriend.

{¶ 3} In early September 1993, Dixon, Hoffner, and Michael Elting borrowed Hammer’s car, a 1987 Dodge Daytona, to go to the movies.   According to Elting, Dixon and Hoffner discussed what they could do with Hammer’s car and where they could store it.

{¶ 5} In the early morning of September 22, Dixon, Hoffner, and Hammer arrived at Wilkerson’s house.   Once there, Dixon and Hoffner attacked Hammer and severely beat him.   Hoffner tried to break Hammer’s neck, and Dixon struck Hammer in the head with a wine bottle.   Hammer, in substantial pain and bleeding, begged his attackers to stop.   Dixon and Hoffner then tied Hammer to a bunk bed ladder, and Dixon went through Hammer’s wallet, taking $11 in cash, Hammer’s birth certificate, and his Social Security card.   At one point, Dixon and Hoffner discussed how they could dispose of Hammer’s body.

{¶ 8} On November 1, 1993, an Ottawa Hills police officer stopped Dixon for vehicle equipment violations while he was driving Hoffner’s Chrysler Cordoba.   When the officer discovered that Dixon did not have driving privileges, the officer impounded the car.   During an inventory of the car, police found the ID card with Dixon’s picture but Hammer’s name, address, birth date, and Social Security number.

{¶ 9} By November 8, 1993, police officers investigating Hammer’s disappearance had located his Dodge Daytona at a used car lot in Toledo, had confirmed its unauthorized sale on September 30, and had identified Dixon as the prime suspect in the vehicle transaction.   On November 9, Dixon was arrested and charged with forgery.   Police, who did not advise Dixon of his Miranda rights, questioned him regarding the sale of Hammer’s car.   However, the primary interest of the police was not the sale of the car but Hammer’s disappearance.   During this interview, Dixon confessed to the auto title forgery but denied all knowledge of Hammer’s disappearance.

{¶ 10} Early on the afternoon of November 9, Hoffner led police to the location of Hammer’s body.   Dr. Cynthia Beisser, Deputy Coroner of Lucas County, performed the autopsy and concluded that Hammer had died of asphyxia.   Dr. Beisser opined that Hammer had died within eight minutes of being buried and remained conscious during the first two to three minutes.

{¶ 11} After Hammer’s body was exhumed, police interviewed Dixon again.   Police twice advised Dixon of his Miranda rights.   He signed a waiver-of-rights form and provided a tape-recorded account of the kidnapping, robbery, and murder of Hammer that reflects the facts already described.

{¶ 12} The defense presented no evidence during the trial phase.

{¶ 15} The jury convicted Dixon as charged and recommended the death penalty.   The trial court sentenced Dixon to death for the murder, ten to 25 years in prison for each kidnapping and aggravated robbery conviction, and to 18 months in prison for each forgery offense.   All prison terms were consecutive.   The court of appeals affirmed Dixon’s convictions and sentence of death.   The cause is now before this court upon an appeal as of right.