Johnny Burr was sentenced to death by the State of North Carolina for the murder of an infant. According to court documents Johnny Burr brought four month old Tarissa Susie O’Daniel into a hospital and told doctors that her seven year old brother had dropped her the night before. Doctors would discover the infant had broken bones, bruises and a multitude of injuries which would cause the little girl to die. Johnny Burr would be arrested, convicted and sentenced to death

here were bruises on her tiny arms and chin. Her eyes were rolling back in her head. She was unconscious.

That’s what emergency room doctors saw in the predawn hours of Aug. 25 when 4-month-old Tarissa Susie O’Daniel was carried into Alamance County Hospital.

Her mother, Lisa Porter O’Daniel, and her mother’s boyfriend, Johnny Burr, brought Tarissa in, telling doctors that she had been dropped and injured by her 8-year-old brother the previous day.

Doctors say Tarissa’s skull was fractured, both arms and legs were broken and she had a dislocated collarbone and many bruises.

Deputies say how she was injured still is not completely clear.

Tarissa’s bones had been broken a week before she died, according to doctors. But to neighbors, Tarissa was playful and seemed uninjured just a day before she was carried into the emergency room.

The families of both Lisa O’Daniel and Johnny Burr say a lot of questions need answers. Most of all, they want to know what happened in the days and hours before Tarissa was injured.

Burr’s court-appointed attorney, Craig Thompson of Burlington, declined a request to interview Burr. But interviews with friends, relatives and neighbors give some insight into the baby’s last days.

Four months ago, Lisa O’Daniel, 26, and Johnny Burr didn’t even know each other.

On a hot day in June, she packed up her four children for an outing on Hidden Lake off N.C. 54 with her husband of six years, John O’Daniel. Her stepbrother, Donald Wade, went with them, bringing his wife, Rita, and their children.They were joined by Rita Wade’s friend, Johnny Burr.

Rita Wade had known Burr more than four years. A mechanic, Burr often worked on the Wades’ cars in his off hours as a supervisor at Alamance Foods in Burlington.

Lisa O’Daniel met Burr at the picnic. After a few more encounters, including a card game at the Wades’ home, Lisa left her husband. She moved her children to a mobile home off Jimmy Bowles Road in northern Alamance in late June.

The mobile home, in a hollow behind the Wades’ trailer, didn’t have electricity or running water.

Through July, Burr spent his nights after work getting the home into shape. Some nights, especially on weekends, Burr would stay with his estranged wife in Burlington, where he would see his young son

In early August, about two weeks before Tarissa died, Burr moved his belongings into the mobile home and settled in, Lisa O’Daniel said.

On Friday night, Aug. 23, the day before Tarissa was hospitalized, Lisa O’Daniel and the baby visited the Wades. According to the medical examiner who performed Tarissa’s autopsy, the baby’s legs and arms would have been broken as much as a week before that visit.

“She never acted like a baby that had been hurt,’ Lisa O’Daniel said. “At the times they were saying that her little bones were broke we could stand her up, hold her little hands and she would laugh.’

Rita Wade remembers that night. She also didn’t notice anything amiss as she stood Tarissa on her lap and the baby played.

“She took her hands and pulled my hair so hard that it hurt my head,’ Wade says. “And I didn’t think a baby could do that who had broken bones.’

“If she had cried with pain, she would have been taken to the hospital, but she didn’t,’ Wade added. “She played.’

David Manuel, a neighbor, said one of his relatives saw the baby that Friday, too.

“She was smiling,’ Manuel said, “and she looked good.’

That same night, Lisa O’Daniel said she and Burr argued about the amount of time he was spending at his estranged wife’s home.

“We got into it over that and I had told him to leave,’ she said, adding that Burr was to pack up the next morning.

The couple argued again Saturday, Aug. 24. Burr pushed Lisa O’Daniel onto their water bed, causing it to collapse, according to charges that would be filed against him later.

But the couple reconciled.

“We had done all our fussing and fighting and everything, and he acted like everything was fine,’ Lisa O’Daniel said.

About 6 p.m. Saturday, her 8-year-old son tripped while carrying Tarissa in the yard. The boy fell on top of her. Tarissa looked a bit red but otherwise appeared fine, her mother said.

About midnight, when her children were asleep, Lisa O’Daniel walked to the Wades’ mobile home to wash dishes.

Burr stayed behind, tinkering about the home with his tools, according to his father, John H. Burr, and his uncle, Ken Chandler.

“He has told me what happened,’ Chandler says. “I asked him – and I beared down on Johnny – and Johnny told me that the only time he touched the baby was to move the baby out of the crib and put the baby in the swing in the house’ so a drill’s noise wouldn’t bother her.

Lisa O’Daniel returned about 45 minutes later, finding the baby in the swing with apparent bruises on her arms and chin, she says.

“Her little eyes weren’t normal, and I wanted to take her to the hospital,’ O’Daniel said. She was ready to call an ambulance when Johnny Burr agreed to drive her, she said.

They took Tarissa to the hospital, telling doctors that she had been dropped by her brother.

“It wasn’t going through my mind what anybody had done to her,’ O’Daniel said. The child’s welfare was foremost on her mind, she said.

Tarissa died at UNC Hospitals in Chapel Hill 2 1/2 days after she was hospitalized.

Burr was arrested the next morning at his wife’s home in Burlington.

“Our investigation did reveal that the older child did drop the baby,’ said Capt. Dan Qualls of the juvenile division in the sheriff’s department. “But that definitely was not the cause of death.’

Burr gave a statement to sheriff’s deputies, but Qualls would not discuss it, saying the details are part of the case against Burr.

“The statement he gave them was the same as he told me,’ Chandler, Burr’s uncle, said. “He says he is not guilty of anything.’

But Burr maintains that the most reasonable explanation for the head injury is that it happened when the baby was dropped, Chandler said.

“There is no way, I don’t care what anybody says, there is no way that this boy would hurt a young’un, and especially a small baby like that,’ Chandler adds. “This man is not no hardened criminal.’

“We are not able to determine how or where her legs were broken,’ Capt. Qualls said.

Tarissa’s father, John O’Daniel of Burlington, and some of his relatives said they can’t understand how the broken limbs went unnoticed.

Qualls said new charges are not expected “unless something develops that we are unaware of.’

Lisa O’Daniel took a lie-detector test Tuesday and said she passed. Alamance County Sheriff Richard Frye would not discuss details of the test. But, he said, “We have no reason to doubt her story.’

She has custody of her three children – one from John O’Daniel and two from previous relationships – while the Alamance County Department of Social Services conducts an investigation into whether the children should remain with her.

The tension between Lisa O’Daniel’s family and her husband’s relatives has been severe, she said.

“I don’t think people should keep running their mouths about what I’ve done when I haven’t done anything. I loved her and I wouldn’t have done anything. People don’t know really what the hurt’s like until it has happened to them. 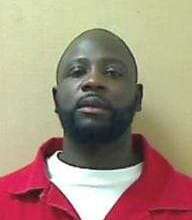 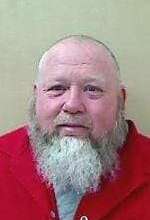 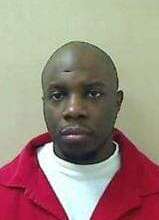 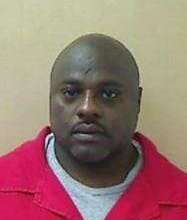