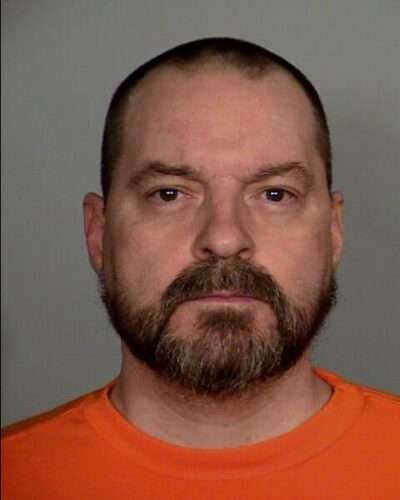 On March 26, 1992, Jones and Robert Weaver were visiting in Robert’s garage. Inside the home, Robert’s 74-year-old grandmother, Katherine Gumina, sat watching television while Robert’s 7-year-old daughter, Tisha, lay on the floor, working on some school work. At approximately 8:40 p.m., Jones attacked an unsuspecting Robert from behind, striking him once in the head with a bat as Robert sat on an inverted bucket in the garage. Once Robert was down, Jones entered the home, walked to the living room, and attacked Katherine Gumina. Tisha Weaver immediately fled to her parents’ bedroom, where she hid under the bed. Leaving Gumina for dead, Jones searched the house for Tisha. Upon finding her, Jones dragged Tisha out from under the bed and struck her twice in the head. Jones then strangled her. Once Tisha was dead, Jones raided Robert’s gun cabinet, stealing his gun collection. Jones then took the keys to Katherine Gumina’s car and proceeded out to the garage to place the guns in the car. There, Jones found that Robert had regained consciousness. Jones, still armed with the bat, chased Robert as he attempted to flee. Upon catching Robert, Jones inflicted three more blows to his head. Once Robert was down, Jones inflicted two additional blows. After loading the guns into Katherine Gumina’s car, Jones fled the residence.

In February 1992, Danny Jones moved to Bullhead City, Arizona, and resumed a friendship with Robert Weaver. At this time, Robert, his wife Jackie, and their 7-year-old daughter, Tisha, were living in Bullhead City with Robert’s grandmother, Katherine Gumina. As of March 1992, defendant was unemployed and was planning to leave Bullhead City.

On the night of March 26, 1992, Danny Jones and Robert were talking in the garage of Ms. Gumina’s residence. Robert frequently entertained his friends in the garage, and during these times, he often discussed his gun collection. The two men were sitting on inverted buckets on the left side of the garage, and Ms. Gumina’s car was parked on the right side of the garage. Both defendant and Robert had been drinking throughout the day and had used crystal methamphetamine either that day or the day before.

Although there is no clear evidence of the sequence of the homicides, the scenario posited to the jury was as follows. After Dechert left, Danny Jones closed the garage door and struck Robert in the head at least three times with a baseball bat. Robert fell to the ground where he remained unconscious and bleeding for approximately 10 to 15 minutes. Defendant then entered the living room of the Gumina residence where Ms. Gumina was watching television and Tisha Weaver was coloring in a workbook. Defendant struck Ms. Gumina in the head at least once with the baseball bat, and she fell to the floor in the living room.

Tisha apparently witnessed the attack on Ms. Gumina, ran from the living room into the master bedroom, and hid under the bed. Defendant found Tisha and dragged her out from under the bed. During the struggle, Tisha pulled a black braided bracelet off defendant’s wrist. Defendant then struck Tisha in the head at least once with the baseball bat, placed a pillow over her head, and suffocated her, or strangled her, or both.

Danny Jones next emptied a nearby gun cabinet containing Robert’s gun collection, located the keys to Ms. Gumina’s car, and loaded the guns and the bat into the car. At some point during this time, Robert regained consciousness, and, in an attempt to flee, moved between the garage door and Ms. Gumina’s car, leaving a bloody hand print smeared across the length of the garage door and blood on the side of the car. Robert then climbed on top of a work bench on the east side of the garage, leaving blood along the east wall. Defendant struck Robert at least two additional times in the head with the baseball bat, and, as Robert fell to the ground, defendant struck him in the head at least once more.

A few minutes before 9:00 p.m., Dechert returned to the Gumina residence and noticed that the garage door, which previously had been open, was closed. Dechert went to the front door and knocked. Through an etched glass window in the front door, he saw the silhouette of a person locking the front door and walking into the master bedroom. Dechert then looked through a clear glass portion of the window and saw defendant walk out of the master bedroom. He heard defendant say, “I will get it,” as if he were talking to another person in the house. Defendant then opened the front door, closing it immediately behind him, walked out *478 onto the porch, and stated that Robert and Jackie had left and would return in about 30 minutes. Dechert noticed that defendant was nervous, breathing hard, and perspiring. Although Dechert felt that something was wrong, he left the Gumina residence. As he was leaving, Dechert heard the door shut as if defendant went back into the house. Shortly thereafter, defendant left the Gumina residence in Ms. Gumina’s car.

At approximately 9:10 p.m., Jackie Weaver returned home from work. When she opened the garage door, she found Robert lying unconscious on the garage floor. Jackie ran inside the house and found Ms. Gumina lying on the living room floor and her daughter Tisha lying under the bed in the master bedroom. She then called the police, who on arrival determined that Tisha and Robert were dead and that Katherine Gumina was alive but unconscious. The medical examiner later concluded that Robert’s death was caused by multiple contusions and lacerations of the central nervous system caused by multiple traumatic skull injuries. The cause of Tisha’s death was the same as Robert’s, but also included possible asphyxiation.

After leaving the Gumina residence, Danny Jones picked up his clothes from a friend’s apartment where he had been staying and drove to a Bullhead City hotel. At some point before reaching the hotel, he threw the bat out the car window. Defendant parked the car at the hotel and hailed a taxi cab to drive him to Las Vegas, Nevada. The police eventually recovered Ms. Gumina’s car and found a pink baseball cap and a note, which were identified at trial as belonging to defendant.

When Danny Jones arrived in Las Vegas, he gave the cab driver one of Robert’s guns to pay for the fare and checked into a hotel. The next day, however, defendant met Marcia and Gary Vint and arranged to pay rent to sleep on the couch in their apartment. While at the apartment, he sold most of the remaining guns from Robert’s collection. The police ultimately recovered several of the guns; two witnesses from Las Vegas testified that defendant sold them the guns, and Jackie Weaver identified the guns as Robert’s.

A few days later, the Vints learned that Danny Jones was a suspect in the Bullhead City murders. By then, defendant was staying at another apartment the Vints had rented, although his belongings were still at the original apartment. The Vints called the Las Vegas police, who arrested defendant and took possession of his belongings.