A husband and wife were assassinated inside their Palm Coast home the night of Dec. 20, 1989.

It wasn’t the first murder the gunman, Louis Gaskin, committed and it wouldn’t be his last attempt. He fired at another couple inside their home later that night in the same neighborhood, critically injuring one of them.

It’s been surmised by law enforcement that Gaskin would have continued to indulge his homicidal tendencies had he not made one costly mistake. He passed off the items he had stolen from inside the slain couple’s home as Christmas presents.

Six months later, the 22-year-old Gaskin was sentenced to the electric chair for the double murder. Twenty-nine years later, he still sits on death row.

Gaskin told a psychologist before his trial that he was fully aware of what he was doing when he dressed up as a ninja and murdered Robert and Georgette Sturmfels.

“The guilt was always there,” Gaskin told him. “The devil had more of a hold than God did. I knew that I was wrong. I wasn’t insane.”

Robert and Georgette Sturmfels, 56 and 55 years old, were part-time residents of Palm Coast. Three years earlier, the New Jersey couple bought a house at 10 Ripley Place and spent their winters there. Today, Palm Coast is filled with single-family homes, but in 1989, Palm Coast was still 10 years away from becoming a city and the community was still comprised mostly of wide-open spaces. Sturmfels’ house sat alone on a cul-de-sac and was surrounded by woods.

Gaskin, who lived in neighboring Bunnell, decided on a whim to dress like a ninja and go on the prowl looking for victims.

He came upon the Sturmfels house and noticed the couple sitting in their family room. Gaskin circled around five times before convincing himself to go through with it. He found a spot where he could get a clean shot and remain hidden.

The first shot struck Robert Strumfels in the chest. He stood up from his chair and clutched his chest. That startled his wife. Seconds later, Gaskin fired at Georgette Strumfels, striking her. He entered the house and shot both of them at point-blank range. He chased Georgette Sturmfels down the hall.

Flagler County Sheriff’s Sr. Cmdr. Mark Carman was a major crimes detective at the time of the shooting. He was one of four investigators who worked the case. He recalled Gaskin describing the sounds Sturmfels made after he shot her. Gaskin said it reminded him of when a hog gets killed.

“He called it the death gurgle,” Carman said.

Before he left, Gaskin took a clock, a pair of lamps and a videocassette recorder from the house. He loaded them in his car and left.

He couldn’t find his way back onto Royal Palms Parkway and wound up on another dead-end street. He saw a light come on inside a house on Ricker Place. He decided in that moment to take out two more people.

He didn’t have a clear shot this time, so he tried to lure the people outside. He cut the outside telephone cord and threw logs and rocks onto the roof.

Joe and Nadeen Rector heard the racket and got spooked. One of them picked up a phone and tried to call police, but the line was dead. They walked into the master bedroom to try another phone and that’s when Gaskin opened fire on them. The bullet missed Rector, but struck her husband in the torso. He stumbled outside and yelled into the darkness before his wife led him to the car.

They pulled out of the driveway and headed for the nearest hospital. As they pulled out, Gaskin fired five .22-caliber rounds at them, striking the body of the car. None of those bullets struck the Rectors. Doctors saved Joe Rector’s life, but it was a close call. The couple had even said their goodbyes to each other during the ride to the hospital.

Deputies showed up en masse to the Rector home the morning of Dec. 21, 1989. They collected casings, footprints and tire tracks. The gunman had also entered the home, so forensic specialists searched for fingerprints.

By early afternoon, the Sheriff’s Office got a call from a U.S. Postal Service employee. A mail carrier saw two bodies lying inside a home less than a mile south of Rector. Detectives were astonished to find a crime scene even worse than the one they had been working all morning.

“That’s the first capital murder case I ever worked on,” Carman said. Flagler was not a place rife with gun violence, especially in 1989.

The first break in the case came when a confidential informant for the Bunnell Police Department came forward with some information. The police referred him to the Sheriff’s Office. The deputy who interviewed the informant was then-Sgt. Warnell Williams.

The informant told Williams he was in possession of the rifle used in the shootings. He also said his sister, who was dating Gaskin, had some possessions that may have been stolen from the house where the Sturmfels were killed.

“He had saved some of that stuff to give to (his girlfriend) for Christmas,” Williams said.

Gaskin told the informant that he had “jacked” the gifts and had left the victims “stiff,” according to the Sheriff’s Office.

Carman and another detective arrested Gaskin the morning of Dec. 29, 1989, outside his friend’s home on Hyman Circle. He was brought in for questioning.

He promised to tell detectives everything as long as he was allowed to smoke.

Carman drove from the jail to a nearby convenience store to get Gaskin’s a pack of Black & Mild cigars.

“I sat there and watched him smoke while he told his story,” Carman said. “To this day, I can’t stand the smell of Black & Mild cigars.”

Gaskin, as promised, confessed to everything. In addition to his rampage the night of Dec. 20, 1989, he confessed to killing a co-worker in 1986. He also confessed to shooting and injuring a woman outside a Daytona Beach bank in the summer of 1989. The woman was a retail manager and was making a late-night drop.

In June 1990, Gaskin was convicted of all his charges, including multiple counts of first-degree and attempted first-degree murder.

Gaskin was a brash young man when he killed the Sturmfels. Nowadays he’s a haggard 51-year-old with glasses and a salt-and-pepper beard. For nearly three decades, he has spent 23 hours per day in solitary confinement. 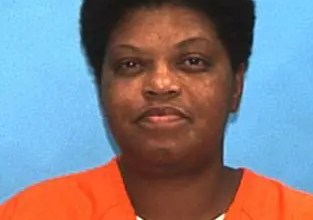 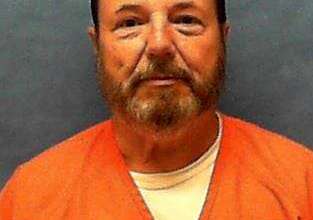 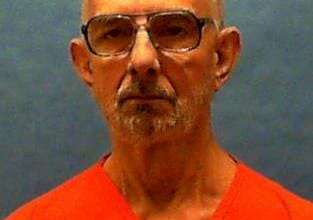 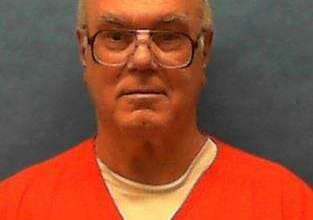