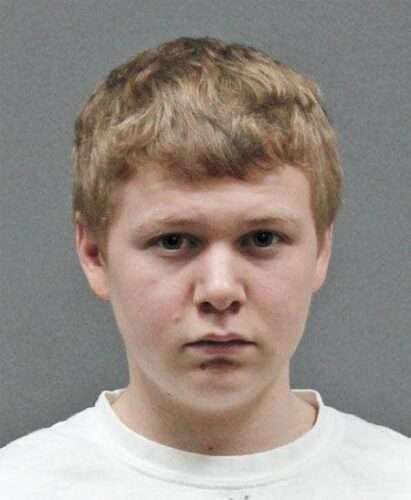 Patrick Root was seventeen years old when he shot and killed a man during a drug deal gone bad in Minnesota. According to court documents Patrick Root was mad that the victim instead of giving him drugs gave him a rolled up wad of paper. Patrick Root went to the victims home to demand his money back and when the victim refused he was shot multiple times in the chest causing his death. This teen killer would be sentenced to thirty years in prison

Current Status:Incarcerated as of 04/03/2019. Currently at MCF Stillwater.

Patrick Root has been sentenced to 367 months in prison for the August 4, 2017 murder of Timothy Hughes.

In February of 2019, Patrick Root pleaded guilty to one count of second-degree intentional murder. His sentence of just over 30 years is the guideline maximum for the charge.

In a statement to WCMP, Pine County Attorney Reese Frederickson said it took a lot of effort to get to Wednesday’s sentencing hearing because Root was 17 at the time of the shooting.

“We had to start in juvenile court, then certify him as an adult, which involved many hearings and expert witnesses. We also had to fight evidentiary and suppression motions, which also involved a lot of litigation,” said Frederickson.

At the sentencing hearing on Wednesday, April 3, multiple family members and supporters of the Hughes made victim impact statements. Root made no statement to the court.

Root will also have to pay $5, 365.33 in restitution for funeral expenses along with the prison time. If he serves two-thirds of his sentence with good behavior, Root could be released early and serve the remaining third while on parole.

Patrick Root has pled guilty to second degree murder for the death of 22-year-old Timothy Hughes in the Pine Terrace Mobile Home Park in Pine City on Aug. 4, 2017.

Root made his plea on Feb. 22 in Pine County Court. Though 17 at the time of the shooting, he was charged as an adult, and has spent the last year and a half in Pine County Jail.

His plea agreement with prosecutors means that Root will spend up to 367 months in prison.

In a transcript of the Feb. 22 hearing Pine County Attorney Reese Frederickson said that his office had reached out to Hughes’ relatives before making the deal.

Root’s sentence is for 367 months in prison – just over 30 years. If he serves two-thirds of his sentence and his released for good behavior, he could be released to finish the final third of the sentence on parole.

Judge Krista Martin spoke with Root to make sure he was clear about the implications of a guilty plea.

“You do understand that entering this plea today means that you’ll be back for sentencing and at that time you will be sent to prison for a very long time?” Martin asked.

“Yes,” Root responded. He said he understood the charges, the plea, and the fact that making this deal meant he could not appeal later.

“I just want to make sure that you understand what this means in years… at a minimum you’re going to go to prison for about 20 years,” Martin said. “Do you understand that?”

Root’s attorney Ryan Pacyga had Root describe the events of Aug. 4.  Patrick Root said he gave Hughes money to purchase marijuana from him, but Hughes gave him a bag with shredded paper instead.

Patrick Root said he went to his home with friends and retrieved a Glock pistol, then rode over to the trailer park in the passenger side of the front seat. Root’s friend went in to speak to Hughes, then Hughes came out shouting at Root, who was still sitting in the vehicle’s passenger side.

Root said he was afraid of Hughes, and believed he had a gun. He said he saw Hughes lift his shirt and then pulled out his gun and shot Hughes.

He said Hughes was facing toward him on the first shot, but then Hughes’ body spun around.

“You shot him from behind, is that true?” Pacyga asked.

“And even if your first shot was in self-defense, you agree that by continuing to shoot that it was not reasonable force.”

“While you might not have come there with the intent to kill him that day, you agree that you believe that by shooting someone at close range multiple times with that Glock … would have the result of killing him; you understand that?”

Frederickson had Root confirm that after he left the scene he wiped the handgun down.

“What was the purpose of wiping it down?” Frederickson asked.

“Just trying to get rid of any evidence,” Root responded. He said he threw the gun and remaining ammo out the window.

“At least three of the shots were from the back,” Frederickson said.

“At first it was in self-defense, and then after that I just couldn’t stop,” Root said. “I thought – I knew he had a gun, but I just shot, and I couldn’t stop myself from shooting.”

Root’s sentencing is set for April 3 at 8:30 a.m. at the Pine County Courthouse.