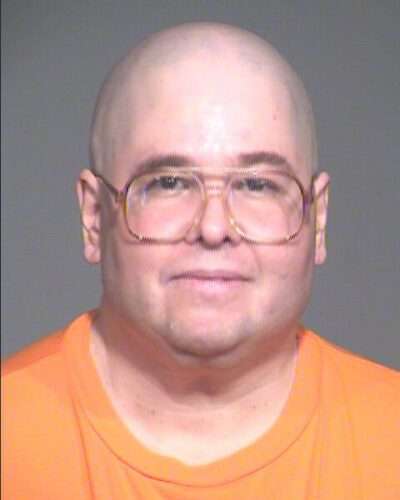 On September 14, 1993, Djerf forced himself into the Luna residence at gunpoint. Djerf believed Albert Luna, Jr. had burglarized his house. Patricia Luna and her 5-year-old son were at home. Djerf secured Mrs. Luna and her son by tying their arms and legs and gagging them. When Rochelle Luna arrived several hours later, Djerf took her to her bedroom where he raped and killed her. When Albert Luna, Sr. arrived at home, Djerf forced him into his bedroom at gunpoint. Djerf handcuffed Mr. Luna to a bed and smashed his head with a baseball bat, and then removed the handcuffs because he believed Mr. Luna was dead. Djerf then returned to the kitchen where Mrs. Luna and Damien Luna remained. Mr. Luna regained consciousness and charged the Defendant. Djerf then killed Mr. Luna, and shot Mrs. Luna and Damien in the head.

A federal appeals court has denied an Arizona death-row inmate’s appeals of his murder convictions and death sentences for the killings of four members of a Phoenix family in 1993.

The 9th U.S Circuit Court of Appeals on Wednesday ruled against 49-year-old Richard Djerf who had argued he had ineffective legal representation at various points in his case.

Djerf at times represented himself in court and he pleaded guilty to four counts of first-degree murder as part of a plea agreement in which prosecutors agreed to dismiss other charges against Djerf.

A judge then sentenced Djerf to death on each of the murder convictions.

Djerf acknowledged killing four family members of a roommate who had stolen electronics and a gun belonging to Djerf.

Djerf and the roommate had worked together at a supermarket. He had reported the theft to police, who took no action, according to the court’s published opinion.

He got revenge at the Phoenix family home of the roommate.

Djerf, 23 at the time, bound the roommate’s mother and 5-year-old brother at the home. He briefly untied her and forced her to load electronics and other items into a car.

When the roommate’s 18-year-old sister arrived at the house hours later, Djerf bound, gagged and raped her before stabbing her and slitting her throat, according to the opinion.

When the father came home, Djerf handcuffed him and forced him to walk around on all fours. He beat the father in the head with a baseball bat and then later, during a struggle, stabbed him and shot him several times, the court’s opinion stated.

Djerf attempted to snap the young boy’s neck and electrocute him with stripped electrical wire, but he failed, according to the opinion. He shot both the mother and young boy in the head.

He covered the bodies and house with gasoline, turned on stove burners, placed cardboard and a rag on the stove and then left. But it never ignited, and the roommate later returned to the house to find the bodies