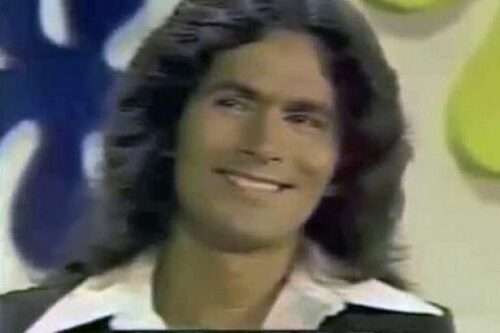 Rodney Alcala was a serial killer who would torment California for two years in which he would be convicted of five murders however it is believed that Rodney Alcala was responsible for many more.. In this article on My Crime Library we will take a closer look at The Dating Game serial killer.

Rodney Alcala was born Rodrigo Jacques Alcala Buquor in Texas to Mexican-American parents. When he was three years old his father moved the family to Mexico and proceeded to abandon them. When Rodney was eleven years old he would back to the United States but this time in California.

Rodney Alcala would join the US Military when he was seventeen years old however it was short lived as he would have a nervous breakdown and proceed to go AWOL. Rodney Alcala would later be diagnosed with anti social personality disorder.and discharged from the military on medical grounds

It is believed the first time that Rodney Alcala would be suspected of murder was in 1969 when he would lure an eight year old girl into his Hollywood apartment. The eight year old girl, Tali Shapiro, would be sexually assaulted and murdered. Rodney would flee the State and end up in New York

In 1971 Cornelia Michel Crilley would be sexually assaulted and murdered inside of her apartment. Her murder would go unsolved until 2011.

Rodney Alcala was added to the FBI Most Wanted List and would be arrested in 1971 and extradited back to California to stand trial. However Tali parents refused to allow their daughter to testify at the trial and he would only be convicted of child molestation and sentenced to three years in prison.

Rodney Alcala would be paroled in 1974 however would be rearrested a few months later after assaulting a 13 year old girl.

In 1977 Rodney Alcala would get out of prison again and for some reason was given permission from his parole officer to travel to New York city. Soon after his arrival Rodney Alcala would murder Ellen Jane Hover. The case would go unsolved for decades

In 1978 Rodney Alcala would be back in California and started to take photographs of women and young boys and girls.

Rodney Alcala appeared on The Dating Game in 1978 and though his fellow bachelors thought that his answers were shallow and narrow minded he was the bachelor chosen. However after the shot the woman who had picked him refused to go out with him as she found him to be creepy,

Rodney Alcala would be arrested for the 1979 murder of a twelve year old girl who was sexually assaulted after disappearing after a ballet class. Rodney Alcala would be arrested, convicted and sentenced to death. The Supreme Court would later overturn the conviction due to error however during the second trial he was again convicted and sentenced to death. Later his conviction would again be overturned

While Rodney Alcala was waiting for his third trial investigators would use his DNA to tie him to two more sexual assaults and murders. Later in 2004 DNA would tie Rodney to four more murders.

For his third trial for the original murder prosecutors also decided to try Rodney Alcala for the four additional murders . Rodney decided to act as his own attorney would be convicted of all five murders and sentenced to death.

Rodney Alcala would die in prison in 2021 at the age of 77 from unspecified causes.

Rodney Alcala, who was known as the “Dating Game Killer” and was convicted in the murders of six women and one girl in the 1970s, died on Saturday at a hospital in Kings County, Calif. He was 77.

Mr. Alcala, who was on California’s death row, died of natural causes, according to the California Department of Corrections and Rehabilitation.

A longhaired photographer who lured women by offering to take their pictures, Mr. Alcala was convicted of killing a 12-year-old girl and four women in Orange County, Calif., and two women in New York, all between 1971 and 1979, the authorities said.

Investigators had also suspected him of, or had linked him to, other murders in Los Angeles, Seattle, Arizona, New Hampshire and Marin County, Calif., the department said

In 2016, prosecutors in Wyoming charged Mr. Alcala with the murder of Christine Ruth Thornton, 28, who disappeared in 1978 and whose body was found in 1982, the department said. She had been six months pregnant. Prosecutors ultimately decided that Mr. Alcala was too ill to be extradited to Wyoming to face the charge.

Many of Mr. Alcala’s victims were sexually assaulted and strangled or beaten to death.

“The planet is a better place without him, that’s for sure,” said Tali Shapiro, 61, of Palm Springs, Calif., who was 8 years old in September 1968, when she was beaten and sexually assaulted by Mr. Alcala.

Ms. Shapiro said she had been walking to school on a sunny day in Los Angeles when Mr. Alcala lured her into his car and took her to his apartment, where the authorities would later find her nude and covered in blood.

“I know it’s awful what happened to me, but I’ve never identified with it,” Ms. Shapiro said in an interview on Saturday. “I’ve moved on with my life, so this doesn’t really affect me. It’s a long time coming, but he’s got his karma.”

Jeff Sheaman, an investigator with the Sweetwater County Sheriff’s Office in Wyoming, interviewed Mr. Alcala while working on a cold case in 2013 regarding the disappearance of Ms. Thornton.

“He’s where he needs to be, and I’m sure that’s in hell,” Mr. Sheaman said in an interview on Saturday. “When I interviewed him back in 2016, he was the most cold person. Everything about that guy just gives me the creeps.”

During his interviews with the police, Mr. Alcala would pretend to be asleep and trace his index finger along photographs of the victims, trying to irritate investigators, Mr. Sheaman recalled.

He said it was difficult to know how many other murders Mr. Alcala might be linked to, adding: “Hell, there might be a ton of other victims out there. I have no idea.”

In 1978, six years after he was convicted of molesting Ms. Shapiro, Mr. Alcala appeared in a brown bell-bottom suit and a shirt with a butterfly collar as “Bachelor No. 1” on an episode of “The Dating Game.”

The host described him as “a successful photographer,” according to a YouTube video. “Between takes, you might find him sky-diving or motorcycling.”

Mr. Alcala won the contest, charming the bachelorette with sexual innuendo. The woman later decided not to go on a date with him because she found him disturbing, according to several news reports.

Mr. Alcala became a camp counselor in New Hampshire but was arrested after someone noticed his picture on a flyer at a post office, indicating that he was wanted by law enforcement officials. He was turned over to the police in Los Angeles, and was convicted of molesting Ms. Shapiro in 1972. He was paroled after 34 months

In 1980, Mr. Alcala was sentenced to death in Orange County, Calif., for kidnapping and murdering Robin Samsoe, a 12-year-old girl who had disappeared in 1979 while riding her bike to a ballet lesson. A forest service worker had found Robin’s body in a remote mountain ravine. A kitchen knife was found nearby.

Mr. Alcala’s conviction was reversed in 1984 by the California Supreme Court. The court said the case had been tainted by evidence of Mr. Alcala’s prior crimes, which had been introduced at trial. Mr. Alcala was granted a new trial.

In 1986, Mr. Alcala was sentenced to death again for Robin’s murder before a federal appeals court overturned the sentence in 2003, and granted Mr. Alcala another new trial, the department said.

In 2010, an Orange County jury convicted Mr. Alcala of murdering those four women, and Robin.

At some point, the cold-case squads from the New York Police Department and the Manhattan district attorney’s office began looking into connections between Mr. Alcala and the decades-old killings of two 23-year-old women.

Cornelia M. Crilley, a Trans World Airlines flight attendant, had been raped and strangled in her Upper East Side apartment in 1971. Ellen Jane Hover was an aspiring orchestra conductor whose remains were found in Westchester County nearly a year after she disappeared in 1977.

New York City investigators learned that Mr. Alcala had used the name John Berger as an alias when he was living in New York. They later found that name in the file folder for Ms. Hover’s case.

In 2010, the police released dozens of photographs of young women that had been found in a storage locker that Mr. Alcala kept in Seattle in 1979. Several women came forward, claiming that a photographer named John Berger had taken their picture in New York in the 1970s.

In 2012, Mr. Alcala was extradited to New York, where he pleaded guilty to murdering Ms. Hover and Ms. Crilley, and in 2013 was sentenced to 25 years to life.

“This kind of case is something I’ve never experienced, hope to never again,” she said