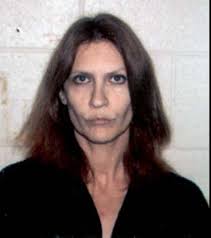 Michelle Lyn Michaud is on California death row for helping her boyfriend kidnap, rape and murder a young woman. According to court documents Michelle Lyn Michaud and James Daveggio would kidnap the victim as she was walking to work. The two would sexually assault the woman with hot curling irons before ultimately killing her. The murderous pair would be charged and convicted on an assortment of charges including kidnapping, sexual assault, torture and murder. The pair would be sentenced to death

The California Supreme Court Thursday unanimously upheld the death penalties of a Sacramento couple for the murder, kidnapping and rape of a 22-year-old Pleasanton woman in 1997.

James Daveggio, 57, and Michelle Lyn Michaud, 59, were given the death penalties in Alameda County Superior Court in 2002 for kidnapping Vanessa Lei Samson on the morning of Dec. 2, 1997, raping her with modified curling irons and murdering her by strangulation with a rope.

The couple abducted Samson into Michaud’s green Dodge minivan as she walked to her job at an insurance company and assaulted her during a trip to Lake Tahoe.

Samson’s body was found two days later, in the snow on an embankment along state Highway 88 in Alpine County.

Prosecutors alleged the crimes were part of a spree of “utter depravity” in which the two sexually assaulted a series of girls and young women during their 13-month relationship in 1996 and 1997.

Goodman allowed prosecutors to present testimony during the trial from four other alleged victims of 1997 assaults that were not charged in the Alameda County case, but he excluded evidence of alleged sexual attacks on 11 other victims whom prosecutors had hoped to bring to the stand.

Two of the alleged victims who did testify were Michelle Lyn Michaud’s daughter and a friend of the daughter, who were 12 and 13 when they were allegedly forced into sexual acts by the couple in the fall of 1997.

Another victim who testified was a then-20-year-old Reno college student who was kidnapped and assaulted on Sept. 29, 1997. Like Samson, she was abducted into the van as she walked by the side of a road.

Although that case was not charged as part of the Alameda County trial, Daveggio and Michelle Lyn Michaud were separately convicted of kidnapping in federal court in Reno in 1999.

The two were arrested by the FBI on Dec. 3, 1997, the day after Samson’s murder, on kidnapping charges in the Reno case. After being convicted in the federal case, they were transferred to Alameda County for trial on the state charges.

In a 98-page decision, the state high court rejected a series of appeal arguments, including the defendants’ claim that evidence from the uncharged cases should not have been allowed.

The court said the testimony was admissible to show the distinctive characteristics of the couple’s motive and methods.

Justice Leondra Kruger, the author of the court’s opinion, wrote, “The evidence concerning the uncharged incidents shed light on whether Daveggio and Michelle Lyn Michaud had a propensity to commit acts of sexual misconduct.”

The couple’s direct appeal to the California Supreme Court was the first step in the death penalty appeal process. They can continue appeals through habeas corpus petitions in the federal court system.