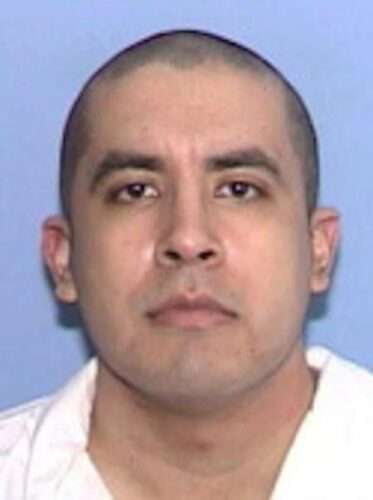 Texas Tuesday executed a man known as the “suitcase killer” for a 2005 murder and sexual assault of a pregnant woman.

Rosendo Rodriguez III was executed via a lethal dose of pentobarbital after the U.S. Supreme Court denied his final appeal minutes before his execution was scheduled, the Texas Tribune reported

He was sentenced to death for killing Summer Baldwin, a 29-year-old pregnant woman, and discarding her body inside a suitcase in a landfill in Lubbock, Texas.

Rodriguez told investigators he had consensual sex with Baldwin, who was a prostitute, but the two then fought and he accidentally killed her when he put her in a chokehold. Medical examiners said injuries on Baldwin’s body were consistent with sexual assault, making Rodriguez eligible for the death penalty.

Investigators linked Rodriguez to Baldwin’s death through the suitcase — he purchased it using his debit card and the tag for the item, as well as the woman’s blood, were found in his hotel room.

Police have implicated Rodriguez in five other sexual assaults and the death of a 16-year-old girl, whose body also was found in a suitcase in the landfill. Prosecutors said they were willing to accept life imprisonment for Rodriguez if he confessed to the death of the teen. He confessed and gave police the location of her body, but backed out of the arrangement before the plea deal could be finalized.

Rodriguez was in Lubbock at the time for training as a member of the U.S. Marines Reserves.

“Who sticks a human being in a suitcase and throws them out with the trash? This was a guy that, left unchecked, was going to hurt somebody else again and was going to continue to terrorize women,” he said.