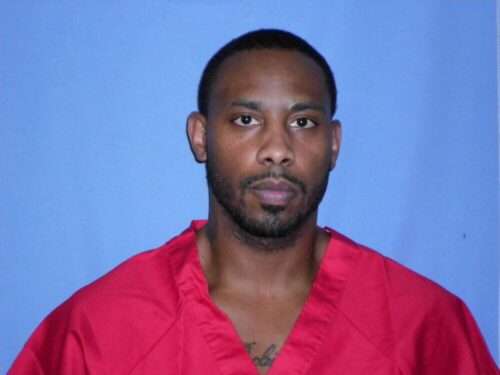 A Harrison County jury sentenced Abdur Rahim Ambrose, 30, to death Friday after he was found guilty of beating and stabbing a man to death in the Delisle community in April 2013. Judge Robert Clark read the jury’s verdict to a crowded courtroom around 2 p.m.

An autopsy revealed Trosclair died from blunt force trauma to the head, three stab wounds in his side and strangulation.

“Robert was found face down in a roadside ditch, covered in blood and dirt, with his hands and waist tied with a ratchet strap,” said Assistant District Attorney Crosby Parker.

One of the co-defendants in the case, 21-year-old Orlander Patrick Dedeaux III, pleaded guilty to a second degree murder charge in January. He was sentenced to 30 year in prison.

The other co-defendant, Stevie Ambrose, is still behind bars waiting for his own capital murder trial to begin. Stevie and Abdur are brothers.

“The Harrison County Sheriff’s Department did a tremendous job investigating this case and pursuing the evidence to make this day possible. This has been a tough case and a difficult week for the Trosclair family,” Smith said. “The jury’s verdict provides them justice as they continue to mourn the loss of their loved one.