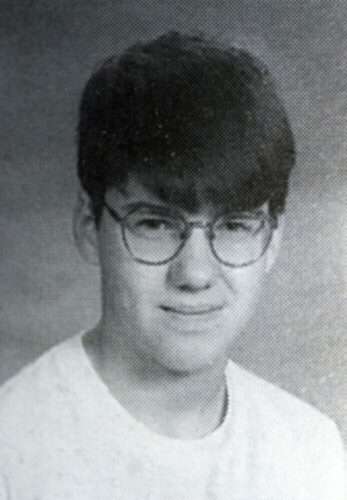 Andrew Wurst was responsible for the Parker Middle School dance shooting in Pennsylvania. According to court documents Andrew Wurst would walk into the facility A Nick’s Place, banquet hall, that was hosting a school dance for Parker Middle School. Wurst would open fire killing a man, and wounding three others including a teacher and two student. This teen killer would soon be apprehended, convicted and sentenced to sixty years in prison.

Andrew J. Wurst failed to convince an Erie County judge in 2016 that his sentence for the 1998 fatal shooting of a teacher should be shortened.

He has now taken his efforts to U.S. District Court in Erie, where he is making much the same argument he put forth in his unsuccessful appeal.

In a petition filed last week, Wurst again claimed that his sentence of 30 to 60 years in the death of science teacher John J. Gillette failed to take Wurst’s youth into consideration. Wurst was 14 when he killed Gillette and wounded two students at a middle-school dance near Edinboro on April 24, 1998.

Wurst is asking to be resentenced like Pennsylvania’s “juvenile lifers,” whose mandatory sentences of life without parole for murders committed before they turned 18 were ruled unconstitutional by the U.S. Supreme Court five years ago.

“This Court should hold that Mr. Wurst’s sentence is unconstitutionally disproportionate because the sentencing judge failed to consider his youth and associated characteristic in determining the proper sentence,” Wurst wrote in the request, called a petition for habeas corpus.

But unlike the state’s juvenile lifers, Wurst did not receive a mandatory sentence of life in prison without parole. Wurst will be eligible for parole on April 25, 2028, almost three months after his 44th birthday.

He pleaded guilty to third-degree murder and other charges in September 1999, avoiding the possibility of a first-degree murder conviction and a mandatory life sentence without parole.

Wurst made a similar request that was denied in Erie County Court in the summer of 2016. Erie County Judge William R. Cunningham wrote that Wurst “is not entitled to relief under these (juvenile lifer) cases since he was not sentenced to life without the possibility of parole.”

Wurst wrote in the new federal filing that Judge Michael M. Palmisano, who sentenced Wurst, “allowed the crime to overpower all other mitigating evidence of youth.” Cunningham ruled that Palmisano, now retired, took Wurst’s age and other factors into consideration in fashioning the sentence.

Now 33, Wurst is incarcerated at the State Correctional Institution at Forest, near Marienville. He is representing himself in the petition.

The Erie County District Attorney’s Office will have an opportunity to respond to Wurst’s request in federal court.

A 15-year-old Edinboro boy accused of killing a teacher at a junior high school dance last year pleaded guilty to third-degree murder yesterday, sparing himself the possibility of spending the rest of his life in prison.

Judge Michael Palmisano sentenced Andrew Wurst to a total of 30 to 60 years in prison on the murder charge and for attempted homicide, assault and weapons charges.

Wurst must serve at least 30 years before becoming eligible for parole.

He would have faced a mandatory life sentence if convicted of first-degree murder for the April 1998 death of teacher John Gillette, 48.

Wurst stood before the judge with closely-cropped hair and wearing green prison overalls, his mother at his side, as District Attorney Joe Conti asked questions to ensure they understood the plea agreement.

Wurst refused to meet the prosecutor’s eyes and answered each question with a near-inaudible “yes” or “no.” His mother, Cathy, also answered quietly. As in previous court appearances, Wurst displayed no emotion and appeared uninterested in the proceeding.

The teen-ager’s attorneys had planned an insanity defense. But they encouraged their client to agree to the guilty plea for fear jurors would not accept that Wurst was mentally ill.

“The only way he would have done better is if the jury would have found him insane, and insanity is a very difficult defense, especially in the tenor of today’s times with these shootings around the country,” defense attorney Philip Friedman said.

If jurors had rejected the insanity defense, Wurst’s attorneys had no other defense to offer, Friedman said.

“There’s just a lot of hostility out there. It’s very difficult for the average jury to excuse people’s behavior for these actions, so we have to take into account that climate when we make a decision like this,” Friedman said.

Gillette was killed when Wurst, then 14, opened fire at a dance for his eighth-grade class from James W. Parker Middle School at a banquet hall in Edinboro. He also wounded two students and held a gun to the principal’s head.

The shooting — which occurred within months of those involving students in Jonesboro, Ark., West Paducah, Ky., and Pearl, Miss. — stunned tiny Edinboro, a town of 7,000 that is home to Edinboro University and serves as a family vacation spot in northwestern Pennsylvania.

After Thursday’s hearing, Conti said the victims had approved of the plea agreement, which he said spared them the hardship of a trial.

Gillette’s wife, Debbie, and the other victims were in court.

Attorney Charles Longo of Cleveland, who represented Debbie Gillette since shortly after the shooting, said she planned to file a civil lawsuit against the Wurst family and a landscaping business owned by the boy’s father, Jerome Wurst.

Longo said the Gillette family was neither happy about nor satisfied by Wurst’s guilty plea. “They’re able to accept it,” he said.

Wurst had been scheduled to go to trial Oct. 25 as an adult on a first-degree murder charge.

Under Pennsylvania law, Wurst could not have been sentenced to death because he was younger than 16 at the time of the shooting. Because of publicity about the case in Erie County, jurors for Wurst’s trial were to have been selected in Washington County, about 140 miles south of Erie.

In April, Palmisano ruled that Wurst should be tried as an adult following days of conflicting testimony from psychiatrists about the boy’s mental state.

“The evidence suggests the defendant made a conscious decision to arm himself with a deadly weapon and ammunition, after which he selected his victims and executed his plan,” the judge wrote at the time.

He added that “the evidence is insufficient to show that if the defendant is truly suffering from mental illness at this stage, he would be ostensibly cured and nondangerous upon his release from a juvenile facility.”

A month before the killing in Edinboro, Wurst told classmates he wanted to kill people and commit suicide.

Another classmate noticed that Wurst was becoming curt and unfriendly in the weeks before the shooting.

Palmisano recommended that Wurst begin his sentence in a separate unit at a state prison for inmates younger than 18 who have been convicted as adults. That unit is part of the state prison at Houtzdale, Clearfield County.