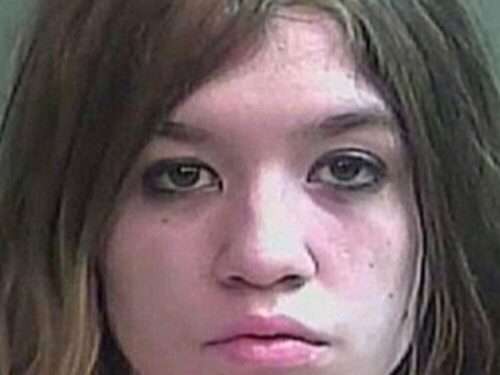 The appeals court has sided with the circuit court in its denial of a new trial for Ashlee Martinson.

Martinson was sentenced in June 2016 to 23 years in prison for the murders of Thomas and Jennifer Ayres. Jennifer Ayres, 40 and Thomas Ayres, 37, were found in their home outside of Rhinelander in the Town of Piehl.

In December 2017, Martinson’s attorney stated the courts reasoning that Ashlee Martinson was a “normal 17-year-old” is inaccurate. And asked for a sentence reduction.

Her attorney, Mark Schoenfeldt said Martinson had been physically, mentally and emotionally abused by the adults in her life and wasn’t capable of making rational decisions. He said Martinson had reasonable fear of future violence and felt she had no other options.

Court documents state Martinson , fed up with abuse by Thomas Ayres towards her mother, grabbed a gun and intended to kill herself. Thomas Ayres knocked on Martinson’s door and was subsequently shot twice resulting in his death. Martinson’s attorney writes that she believed her mother would comfort her following the incident, but instead became upset and came at Martinson with a knife. Martinson got the knife away from her mother and stabbed her 30 times.

Then-Attorney General Brad Schimel stated the court acted appropriately during sentencing as text messages show Martinson , one day before killing the Ayres, had wrote she hated her parents and wanted to kill Thomas.

Late last month, the appeals court wrote, “Under the circumstances here, we conclude the circuit court did not erreoneously exercise its
sentencing discretion when it considered that Martinson had a choice whether to kill.”

When Ashlee A. Martinson shot and killed her stepfather and stabbed her mother over 30 times on March 7, 2015, it came just moments after she considered using the shotgun on herself.

That was one of many revelations into the home life and history of both Martinson and her mother contained in a 26-page attachment that was filed with her plea paperwork Friday.

The last paragraph of the attachment sums up the problem judge Michael Bloom is faced with on June 17 when he must hand down sentence on her two guilty pleas to the two counts of second degree intentional homicide.

“The defendant turned 17 years old the day prior to the homicides. Had the homicides occurred two (2) days prior, the defendant would have sought to be adjudicated delinquent as a minor rather than convicted as an adult, and by the law placed in a correctional facility for minors only until she reaches 25 years of age, rather than the substantially greater penalty she faces in an adult penal facility,” her lawyers Thomas Wilmouth and Amy Ferguson said in the document.

The rest of the attachment spelled out in stark and graphic detail the physical, mental, verbal and even sexual abuse Ashlee Martinson suffered at the hands of the abusive spouses of her mother, Jennifer Ayers.

Backed by police and court records from Kansas, Colorado and North Dakota, the attachment went into great detail on how Jennifer Ayers was in a series of abusive relationships, and they all took their toll on Ashlee Martinson.

According to the attachment, Jennifer Ayers reported she had been the victim of serial sexual abuse at the hands of her biological father, which was investigated and led to her placement in foster care. She emancipated herself at age 16 and lived independently.

In her Kansas hometown, she married Jeremy Martinson, Ashlee’s father, and there are numerous citations of abuse before she received a divorce on Aug. 27, 2004, when Ashlee was 6 years old.

As her marriage to Jeremy Martinson was ending, Jennifer Martinson entered into a romantic relationship with Jerry Hrabe, moving into the trailer the mother and child received from her ex-husband. Hrabe had a long criminal history that included numerous violent encounters with law enforcement.

In May 2008, with Hrabe nearing the end of a prison sentence, Jennifer Martinson sought to have a restraining order placed against him upon his release. Instead, she allowed Hrabe to move back into their trailer. By July 2009, he was back to beating her, threatening to kill her and also physically abusing Ashlee.

Eventually, Jennifer Martinson was able to let Hrabe’s parole agent know he was drinking in violation of the terms of his parole and he was arrested.

In November 2010, Jennifer Martinson met Thomas Ayers through an online dating service. It was a year after she was finally able to escape from Hrabe, but Ayers had his own extensive arrest record and several wives and former relationships marred by domestic violence in Colorado that were well documented in the attachment.

In March 2011, Jennifer Martinson took Ashlee to visit Ayers in his Bottineau, North Dakota home. Two months later the two moved in with him and his children from previous relationships. They married on Dec. 19, 2011.

Jennifer Ayers cut off contact with her entire family and friends in Kansas with the exception of occasional contact with a sister.

In the attachment, Ashlee Martinson reported the physical and emotional abuse started against her mother by Thomas Ayers began shortly after they married. She reported the first incident involved Thomas Ayers flying into a rage. He ripped up the kitchen counter, threw a trash can at the wall, slapped his wife, grabbed her by the throat and pushed her against a wall.

Ashlee also told of times her mother would be pushed, smacked, choked and even have a gun to her head.

In May 2013, Ashlee Martinson was sent to live with her biological father in Kansas. An artist with a markedly dark artistic perspective, Jeremy Martinson influenced his daughter’s own creative nature.

In December 2013, police were sent to Jeremy Martinson’s house and he admitted to slapping his daughter. She also told police she was also the victim of “punching, shoving and kicking.”

Jeremy Martinson has made no effort since that day the police came to his house, and while aware of her killing her mother and stepfather, he has expressed no interest in assisting her or acting as her guardian.

“He expressed only concern about media reports of the case that would cast him in an unfavorable light,” the attachment said.

While her mother did not want her back, according to the attachment, Thomas Ayers did.

The family moved to the town of Piehl in the summer of 2014. According to the attachment, Ayers wanted “large and secluded land where he could hunt” despite the fact he was not supposed to own weapons, as a domestic abuser and convicted felon.

Ashlee Martinson’s three younger sisters all told captain Terri Hook of the Oneida County Sheriff’s Department, they all were spanked with a belt to the point they all expressed fear of Ayers. He also ruled the house and its occupants with an iron fist with extreme rules.

The girls could not have any visitors to the house, had to ride together on the school bus, and had to rise early to do chores around the house. At the time the two younger children were interviewed after the homicides, they reported the family had recently purchased two German shepherd puppies. They said they witnessed Thomas Ayers physically abuse the dog by choking it, throwing it around. Eventually, he killed the puppy in front of them.

Ashlee Martinson told Hook she witnessed all of the abuse of the people and animals in the home at the hands of Thomas Ayers. She also said her mother would often join in the physical abuse. She added that while she was on the end of mental and verbal abuse at the hands of her stepfather, he did not sexually assault her.

While her rules were less strict than with her younger sisters, she still could not have anyone visit, was only allowed one social visit out of the house a week, had to account for her whereabouts at all times and had to turn over whatever she earned at her job to her stepfather.

In the days leading up to March 7, 2015, Ashlee Martinson was preparing to move out of the house and in with a friend.

The day before the homicides was her 17th birthday, and she sent her boyfriend Ryan Sisco a Facebook message saying “I woke up this morning to my step(-) dad beating my mom… I can’t take that (expletive) anymore, he’s gonna kill her if she doesn’t leave soon and I don’t wanna be around w[h]en that happens … I want to kill him so (expletive) bad, just take one of his guns and blow his (expletive) out.”

On the morning of March 7, 2015, Thomas and Jennifer Ayers confronted Ashlee about her relationship with Sisco, who was 22. She was forbidden from contacting him again and she had to give up her cellphone and keys.

Her mother said Ashlee should leave the house, but Thomas said she should be homeschooled, basically serve the next year under house arrest. Ashlee grabbed some belongings and walked to a neighbor’s house, but Thomas Ayers followed her and took her home.

“According to the defendant, when they arrived home, she went to her bedroom. For the purpose of killing herself, she armed herself with one of the many loaded shotguns lying around the house,” the attachment said.

“According to the defendant, she at that time considered whether Thomas Ayers should die rather than she,” the attachment said.

One of the younger girls reported hearing two gunshots. The first struck Thomas Ayers in the neck.

“The second shot was a contact wound to his temple,” the attachment said. “The defendant indicates that second shot was fired to ensure that he was dead and could not hurt her.”

When Jennifer Ayers came upstairs, the attachment said that instead of getting the comfort she expected from her mother, Martinson faced being yelled at by her as she tended to Thomas. Martinson said her mother grabbed a knife and came at her, and a struggle ensued. She took the knife from her and stabbed her more than 30 times.

“The defendant acted upon provocation premised upon the reasonable belief in the conduct of Thomas Ayers and Jennifer Ayers, completely losing control at the time of the commission of the homicides, demonstrating anger, rage and exasperation as a person of ordinary intelligence and prudence under similar circumstances would have done,” the attachment said.

Ashlee Martinson was evaluated by doctors Brad E.R. Smith and Sheryl Dolezal who both diagnosed her as suffering from major depressive disorder as well as post-traumatic stress disorder. They concluded she had likely been suffering some level of depression symptoms off and on since about age 8, which became noticeably more intense at around 15.

The decision facing Bloom is how to punish Ashlee Martinson for ending the cycle of abuse she had endured her entire, then 17-year-old life.