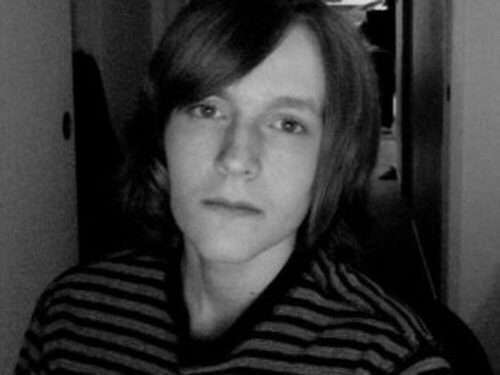 Daniel Marsh was fifteen years old when he broke into an elderly couples home and butchered them. According to court documents Daniel Marsh not only stabbed the couple to death but after they were dead he removed organs from their bodies. Daniel Marsh who once was given an award for saving his fathers life was soon arrested and at trial this teen killer would be quickly convicted and received two sentences of twenty five years to life.

A sigh of relief rushed over the courtroom as a Yolo County judge ruled Davis murderer Daniel Marsh would remain in prison to serve out his life sentence.

Friends and family members of the victims celebrated in the courthouse halls after the Wednesday ruling. Some said they could “sleep again” now  that they know justice has been served.

Judge Samuel McAdam delivered his ruling following a lengthy transfer hearing for Marsh, who is now 21. The hearing reexamined the murders of Oliver “Chip” Northup, 87, and his wife Claudia Maupin, 76, who were stabbed to death on April 14, 2013.

Marsh was 15 when he broke into their home with the intention of killing someone. It was this juvenile status at the time of the crimes coupled with the passage of Proposition 57 that necessitated Marsh’s reappearance in Yolo Superior Court.

McAdam listened to testimony that delved not only into the crime itself but Marsh’s state of mind before, during, and after the murders. Prop. 57 calls attention to factors such as the juvenile’s prior criminal history as well as the sophistication and gravity of the crime, in this case murder.

McAdam rehashed the facts of the case, calling attention to recent testimony, including that of defense expert and forensic child psychiatrist Matthew Soulier. McAdam pointed out Soulier’s unique perspective in that the psychiatrist evaluated Marsh during the original trial and then again for the transfer hearing. Soulier was able to draw a comparison on Marsh that no other expert could, McAdam said.

Soulier explained that much of Marsh’s trauma related to his parent’s divorce in earlier testimony.

Splitting his time between parents, Marsh “had no real accountability in life,” McAdam said. Soulier placed the blame on Marsh’s parents, who despite their son reporting homicidal thoughts to school professionals, failed to keep Marsh in therapy.

“It was all very dark,” McAdam said of these activities.

“In retrospect, it is easy to criticize the parents,” McAdam continued. “But no one is to blame for the crimes here but Daniel Marsh.”

McAdam noted that “Marsh made every effort to conceal his crime,” and that he “left home with the intent to kill.” There was an extraordinary amount of sophistication in this crime, regardless of the offender’s age.

Another factor McAdam considered was whether Marsh could be rehabilitated by age 25, which would be his release date under Prop. 57.

Marsh only started utilizing mental health services in prison during the past six months, McAdam revealed, and his therapy sessions have been focused on adjusting to life behind bars. Although Marsh has not had a violent episode since he started his term, he has not worked through the trauma related to the murders themselves.

McAdam noted that his “counseling has been superficial” and he has yet to fully address his crimes.

McAdam found that there is “no chance” that Marsh will be rehabilitated before he turns 25.

McAdam, speaking to the gravity of the crime, highlighted Marsh’s video recorded police interview, in which the teenager described his crimes and the feelings connected to them.

“Marsh continued stabbing them because in his words ‘it just felt right,’” McAdam said. “The harm caused by these crimes is incalculable.”

McAdam referenced testimony from the victims’ friends and family, who continue to heal from Marsh’s actions.

“They are still in intense grieving over their deaths,” he said. “Their pain and suffering is palatable.”

On Wednesday, the same could be said for their joy.

“We can sleep again,” Victoria Hurd, the victims’ daughter, exclaimed outside the courtroom. “We are so relieved… we got justice. I feel like we had a really good victory today.”

With McAdam’s ruling Daniel Marsh was transferred back to prison to finish out his original sentence of 52 years to life.

Eighteen years ago last month, the families of Oliver “Chip” Northup Jr. and Claudia Maupin joined together at the Unitarian Universalist Church in Davis, where they replaced the traditional declaration of “I do” with “we do” as the couple became husband and wife.

They reunited Friday in a Yolo County courtroom, this time not in celebration but to share their memories of their beloved parents, whose brutal stabbing murders on April 14, 2013, unleashed a crippling devastation that spanned several generations, they said.

The emotionally charged hearing ended two hours later with the victims’ killer, 17-year-old Daniel Marsh, receiving the maximum possible sentence of 52 years to life in state prison for his role in one of Davis’ most disturbing crimes.

“The aggravating factors are overwhelming,” Yolo Superior Court Judge David Reed said of the crime, citing Marsh’s meticulous efforts to plan — and later conceal his role in — the murders. Reed also noted that the teen bragged about the slayings, confessing to police that he felt so exhilarated by them that he tried twice to kill again.

“Daniel’s actions cannot be described as impetuous or recklessly impulsive. He thought about killing someone a long time before doing it,” Reed said. “He was proud of what he did. Daniel mutilated Oliver Northup and Claudia Maupin because of morbid curiosity.”

With that, Reed handed down consecutive terms of 25 years to life for each of the murders, plus an additional two years for Marsh’s use of a knife to carry out the crimes.

Daniel Marsh was tried as an adult, although his young age made him ineligible for either the death penalty or life in prison without the possibility of parole. His defense attorneys made a bid for a reduced term of 25 years to life, arguing that the maximum sentence would constitute cruel and unusual punishment.

A lesser term would not guarantee Marsh’s release, “but it gives a promise that there is an opportunity to parole,” Deputy Public Defender Ron Johnson said prior to Reed’s decision. Juvenile offenders should be treated differently, he added, because of their immaturity, impulsivity and lack of insight into the consequences of their actions.

In 28 years as a prosecutor, “never have I seen such a heinous and reprehensible act, and never have I seen a defendant with such an evil soul,” said Assistant Chief Deputy District Attorney Michael Cabral, the case’s lead prosecutor. “This case screams out for 52 years to life. Nothing else would be appropriate.”

Joining the victims’ families in the courtroom were several jurors from Marsh’s trial who had rejected the teen’s insanity defense — claims that his tumultuous family history, his struggles with mental illness and the side-effects of antidepressant medications rendered him unable to know right from wrong at the time of the killings.

Friday’s hearing brought to a close the case that began 20 months earlier when Northup, a longtime attorney and musician for the popular Putah Creek Crawdads folk band, failed to show up for two of the group’s performances. Maupin, a church leader who spoke daily with her three daughters, also was uncharacteristically unreachable.

Police officers conducting a welfare check discovered the bodies of Northup, 87, and Maupin, 76, in the bedroom of their Cowell Boulevard condominium.

Each had been stabbed more than 60 times by a then-unknown intruder who had sliced through a screen and slipped into the condo through an unlocked window. Some suspected a burglary gone awry, or perhaps an act of revenge by a disgruntled client from Northup’s law practice.

Two months later came an arrest, the identity of the suspect nearly as shocking as the crime itself: Daniel Marsh, a Davis High School student who at age 12 was hailed an American Red Cross hero for saving his father, Bill Marsh, from a heart attack.

On Friday, however, the focus shifted to the lives Daniel Marsh had ended as members of Northup and Maupin’s families delivered their victim impact statements, describing as best they could the losses they have endured.

For Mary Northup, the youngest of Chip’s six children from his first marriage, it was her near-daily contact with her father, whom she’d often encounter while taking walks near her workplace.

The murders, she said, left her unable to work or to even experience the typical rituals of grief, as the couple’s home was sealed and many of their belongings seized as part of the crime-scene investigation. The killings became the talk of her youngest son’s school, requiring a switch to a private, out-of-town campus.

All the while, Daniel Marsh demonstrated no remorse or insight into his actions, Mary Northup said.

“After watching the defendant over the past year and a half, I believe the main thing he has learned is not to disclose the details of his next murder,” she said, a reference to Marsh confessing to the killings to two friends, who later reported him to police. “He will never have a moral compass or be able to control his behavior.”

By contrast, Northup was remembered for the values he instilled in his children and grandchildren, including the importance of giving back to their communities. A World War II veteran, Northup later served on the Woodland school board, was active in the Rotary Club and took on social justice issues in his legal practice.

He found his perfect match in Maupin, a woman who smelled of roses and possessed an unwavering zest for life. She brought a comforting presence to all family events, from casual barbecues to childbirths.

“She lived her life loving people, always willing to lend a hand, a shoulder or an ear,” Victoria Hurd, Maupin’s eldest daughter, said in a statement that brought even Cabral and fellow prosecutor Amanda Zambor to tears.

“If she were here, she would help us survive this. … But she is not here, because Daniel Marsh killed my mother for his own perverse gratification,” Hurd added, disclosing that Maupin’s wounds were so extensive, an expert had to restore her body “just so we could hold her hand and kiss her goodbye.”

Northup’s son, James Northup, spoke of the joy of his granddaughter’s birth being shattered by news of the murders, a trauma that led to anxiety and sleeplessness for much of his family and, for him, a recurrence of ALS — also known as Lou Gehrig’s disease — that had previously been in remission.

“I hold Daniel Marsh accountable in a great way,” Northup said. His mother Peggy — Northup’s first wife — presented Reed with a collage of family photos, demonstrating “what one man’s own family of six children represents. All of these people lost a person that they counted on.”

Daniel Marsh did not offer a statement. After receiving his fate, the teen stood and glanced briefly at his father at the rear of the courtroom before officers escorted him away from the hushed audience. He is expected to be sent next month to a state juvenile detention facility, then transferred to state prison upon reaching his 18th birthday.

Because of his juvenile status, Daniel Marsh will receive a mandatory parole hearing upon his 25th year of incarceration, according to Cabral, who said if he’s able he plans to be there to oppose his release.

While Daniel Marsh appeared to cry briefly at one point during the victim impact statements, for the most part he remained stoic, looking down at his folded hands on the table in front of him.

The lack of emotion did not go unnoticed by Hurd, who was a presence in the courtroom throughout Marsh’s prosecution and attended each day of his trial.

“That’s so sad to me,” she said after the hearing. “I don’t know how to wrap my mind around that, that there’s no remorse when people all around the courtroom were sobbing. It’s just really a sad day for everybody.”