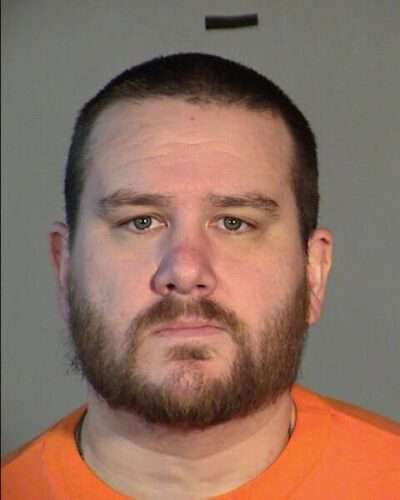 Derek Chappell was dating Kristal Shackleford who had a young son, Devon, from a previous relationship. Chappell felt that he was always in competition with Devon for Kristal’s attention and affection. In December of 2003, Chappell was baby-sitting Devon and became so frustrated that he choked him, cutting off his air supply, and causing severe brusing. Child Protective Services investigated this incident and Chappell was ordered to have no further contact with Devon. Despite orders and CPS’s involvement, Kristal and Chappell continued their relationship. In the early morning hours of March 11, 2004, Kristal called the police to report that Devon was missing from her apartment. Shortly after police arrived on the scene, they found 2 1/2 year old Devon floating in the apartment complex pool. The investigation proved that Chappell took Devon from the apartment in the middle of the night, carried him to the pool, and drowned him to death.

Little Devon Hinman Seeley didn’t say a word when Derek Chappell woke the toddler at 2:30 a.m. Thursday, took him by the hand and walked outside the Mesa apartment.

When they got to the pool, the sleepy child put his arms up to be held.

During the minute or so it took to hold down and drown the struggling 2-year-old, Chappell said he thought about changing his mind.

“I was thinking, ‘This can’t be how it’s going to end for this kid,’ but I thought I had already come this far,” Chappell said Monday at Maricopa County’s Madison Street Jail in Phoenix, where he is being held on suspicion of first-degree murder. After it was over, Chappell, 21, of Mesa ran home to take care of the last thing on his list of instructions — burn the list — a list he said was written by Kristal Shackleford, Devon’s 22-year-old mother.

“She pretty much told me what to do, and I did it,” Chappell said.

“That was my baby. Why would I ever do anything like that?” Shackleford said Monday night.

Shackleford said police questioned her for four hours Friday, then let her go home after taking a polygraph test. “They wouldn’t have let me go (Friday) night if I had anything to do with it,” Shackleford said.

Police said Shackleford called 911 at 6 a.m. Thursday to report that her front door was open and her son was missing. An officer went to the apartment complex at 1960 W. Keating Ave., where Shackleford lives, and found Devon floating facedown in 3 feet of water.

Next to the pool was a Spider-Man doll — a doll Chappell said Shackleford instructed him to leave behind.

Shackleford said she told police she believes that Chappell broke into her apartment through the patio door and killed Devon because she wouldn’t rekindle her relationship with him. Police have said there were no signs of forced entry.

Chappell also said Monday that he and Shackleford were secretly engaged to be married. Her family didn’t approve of him because police and Child Protective Services were investigating a December incident in which he admits he tried to strangle Devon.

“We thought her family would accept me better with Devon out of the way,” Chappell said.

Shackleford also resented having to care for a small child, but she didn’t want to give him to his father or Devon’s other relatives, Chappell said.

“She pretty much had a decision to make — to be with me or to be with her son,” Chappell said. “She didn’t want her family to know she was picking me, so she came up with some options. . . . She said we could drown him and make it look like an accident.”

Shackleford told the Tribune over the weekend: “There’s no way in hell I would choose anybody over Devon.”

Chappell said he immediately confessed when police questioned him.

“I knew if I confessed to what I had done that maybe, just hopefully, I’ll find my way to heaven,” Chappell said.

He said he’d rather get the death penalty than live the rest of his life in prison.

“Every time I close my eyes, I’m looking into that kid’s eyes underwater,” Chappell said