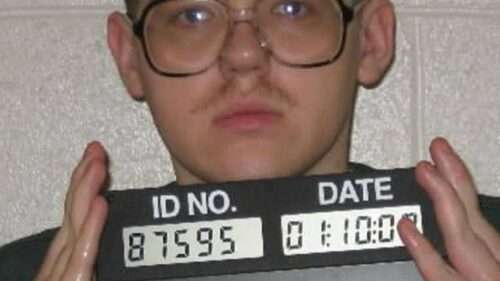 Ethan Windom was sixteen years old when he brutally murdered his mother in Idaho. According to court documents Ethan Windom would strike his mother over the head with a self made club that held weights on one end. When this teen killer mother was on the floor she would be stabbed repeatedly. Ethan Windom would be sentenced to life in prison however due to his age at the time of the morning he would go through a resentencing hearing.

A man who received a life sentence for killing his mother when he was a teenager will be resentenced following two U.S. Supreme Court rulings concerning the sentencing of juveniles.

Ethan Windom, 28, will get to challenge the life sentence he received after stabbing and beating his 42-year-old mother, Judy Windom, to death in 2007 when he was 16 years old.

He pleaded guilty to second-degree murder and was sentenced to life in prison without the possibility of parole. The Ada County judge who sentenced him said at the time he was too dangerous to ever be allowed outside the walls of a prison, according to the Idaho Statesman.

In 2012, the U.S. Supreme Court ruled that such sentences for juveniles violate the Eighth Amendment.

Lawyers on both sides are scheduled to meet April 13 with District Judge Cheri Copsey, who originally sentenced Windom.

Windom struck his mother in the head with a club that he made by attaching weights to one end of a dumbbell. He then stabbed his mother’s dead body in the throat, chest and abdomen – and finally in her exposed brain.

Boise teen who murdered his mother will be re-sentenced

A Boise man who was sentenced to life in prison for brutally killing his mother when he was 16 years old has been resentenced for his crime.

Ethan Windom argued that his youth and immaturity were not considered in light of rulings by the U.S. Supreme Court after he was sentenced to life without parole for the murder of 42-year-old Judy Windom.

Prosecutors say Windom clubbed his mother to death and then repeatedly stabbed her at her Boise home on Jan. 24, 2007. He was charged as adult with first-degree murder, but later pleaded guilty to second-degree murder. He was ordered to serve life in prison with no possibility of parole

The Idaho Supreme Court reversed that decision and ordered Windom to be resentenced, and the state appealed the order to the U.S. Supreme Court. The application was denied on Feb. 20, 2018.

A series of U.S. Supreme Court rulings called into question whether fixed life sentences are unconstitutionally cruel and unusual when imposed on juveniles, who are under the age of 18 when they commit the offense.

The case was sent back to Idaho’s Fourth District Court. On Wednesday, Judge Michael Reardon sentenced Windom to 26 years to life in prison. Windom has already spent 12 years behind bars.