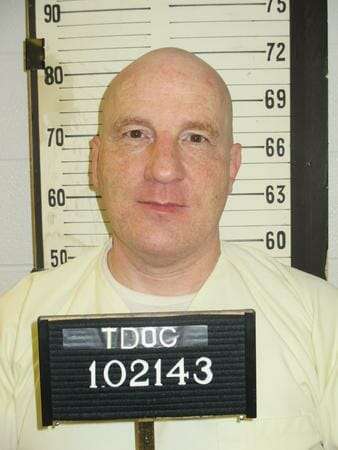 he defendant, Henry Eugene Hodges, entered a guilty plea and was convicted of premeditated first-degree murder.   Thereafter, the penalty phase of the trial commenced.   The State presented proof of the circumstances of the offense through the testimony of Trina Brown, the defendant’s fifteen-year-old girlfriend.   Brown testified that one week before the murder she and the twenty-four-year-old defendant, who were living with the defendant’s brother in Smyrna, Tennessee, decided to move to Florida.   To get money for the move, Hodges, a male homosexual prostitute, told Brown that he would rob and kill the next person who propositioned him.   Hodges discussed with Brown how the crimes would be carried out.   Hodges repeated these statements on May 14, 1990, the day of this murder.

On the night of May 14, Brown and Hodges went to Centennial Park in Nashville.   When the victim, Ronald Bassett, approached, Hodges talked with him, and they left together in the victim’s vehicle and went to the victim’s residence at 3133A, Parthenon Avenue, across from Centennial Park.   Ten or fifteen minutes later, Hodges returned to the park on foot, and along with Brown, drove back to the victim’s residence in his own car.   Hodges told Brown to lie down in the backseat of the car so no one could see her.   When they arrived at the victim’s residence, Hodges told Brown to wait in the car.   After an unspecified period of time, Hodges returned to the car, wearing gloves, and asked Brown to come into the house.   Brown testified that when she arrived, Bassett was lying face down on the bed in his bedroom with a pillow over his head.   Hodges had bound his feet together with duct tape and had handcuffed his hands.   While Bassett lay helplessly, Brown and the defendant ransacked the house searching for items of value.   After obtaining the personal identification number for the victim’s automatic teller card, Brown and the defendant “took a break,” drank a coke, and discussed whether to kill Bassett.   Brown testified that she told Hodges to kill Bassett to prevent their arrest.   Hodges then went into the bedroom and, ignoring the victim’s pleas not to kill him, strangled Bassett to death with a nylon rope.   Brown testified that she heard Bassett moan and make a choking sound and that it took about five minutes for Bassett to die.

In an attempt to remove any fingerprints, the defendant wiped off various items in the residence.   After turning the air conditioner in Bassett’s bedroom on high to prevent discovery of the body, Hodges and Brown left the victim’s residence, taking the victim’s automobile and several items of personal property, including jewelry, a gun, and a VCR.   After using Bassett’s automatic teller card to withdraw the twenty-four-hour maximum of four hundred dollars from his account, the pair returned to the house of the defendant’s brother and went to bed.   The next day, having learned that the victim’s body had been discovered, Brown and the defendant abandoned the victim’s car in rural Rutherford County and drove to Georgia in their own car.   They were eventually arrested in North Carolina.   Items of the victim’s personal property were found in their possession at this time.   Also, the defendant’s fingerprints were found on items inside Bassett’s home, and Brown had been photographed withdrawing money with Bassett’s automatic teller card.

Testifying for the State at the sentencing hearing, Dr. Charles Harlan, the chief medical examiner for Metropolitan Nashville and Davidson County, confirmed that Bassett had died from ligature strangulation.   Dr. Harlan opined that Bassett would have remained alive and conscious for at least three and perhaps as long as five minutes during the strangulation.   Harlan also found abrasions on the victim’s wrists consistent with handcuffs.

The State proved that the defendant had been convicted of armed robbery, attempted kidnaping and robbery in Hamilton County in 1984.   The State also established that the defendant had been convicted of murder in Fulton County, Georgia, in July 1990.   The record reveals that the Georgia killing occurred when the defendant and Brown arrived in Atlanta after murdering Bassett.   Hodges made arrangements with a man to engage in homosexual acts for an agreed price.   Hodges accompanied the man to his motel room, but when the man was unable to pay the agreed price, Hodges murdered him.