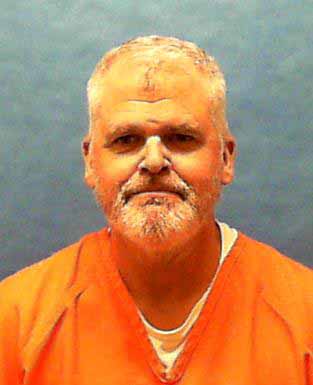 On the evening of September 11, 1998, Jeffrey Hutchinson killed his
girlfriend, Renee Flaherty, 9-year-old Geoffrey Flaherty, 7-year-old
Amanda Flaherty and 4-year-old Logan Flaherty.
Prior to the
murders Hutchinson told a bartender, who knew both Hutchinson and
Flaherty, “Renee is pissed off at me.” Hutchinson drank one and a half
glasses of beer and left, muttering to himself. Witnesses noted that
Hutchinson drove recklessly as he left the bar.

Approximately 40 minutes later there was a 911 call from
Hutchinson’s home. The caller stated, “I just shot my family” and “There
were some guys here.” Friends identified the caller’s voice as
Hutchinson’s.
Deputies arrived within 10 minutes of Hutchinson’s
call and found him on the ground in the garage. Each of the victims had
been shot once in the head with a shotgun. Geoffrey Flaherty was shot
also shot in the chest. Hutchinson had gunshot residue on his hands and
Geoffrey’s body tissue on his leg.
Hutchinson alleged that two men
came into the house and he struggled with them. They then shot Renee
and the children and fled. Hutchinson was examined at the scene and at
the jail and had no injuries.