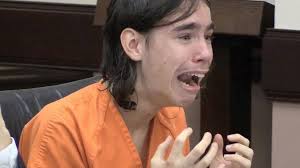 Make Sure To Check Out Jacob Matt Morgan Main Page

Jacob Matt Morgan is incapable of setting a fire or planning to kill anybody, a family member said Wednesday, two days after Morgan, 17, was charged with arson and murder in the death of his 14-month-old half-brother, Josh.

Morgan loved Josh “with everything he had,” said Myke Hill, Josh’s father and the fiance of Morgan’s mother.

“We don’t think he did this,” Hill said. “He didn’t have the mental ability to plan this.”

Jacob Matt Morgan has learning disabilities and has been treated for “mental health” most of his life, Hill said. Morgan was diagnosed with dyslexia, ADHD and several other disorders, he said.

Before his arrest Monday night, Morgan was taking night classes at Rock Hill High School and had a job working on the event staff at Winthrop University. At home, he was a great older brother who loved giving Josh piggyback rides around the house and making him laugh, Hill said.

Warrants allege Morgan set fire to the mobile home on Friday morning on Catawba Church Road in the Lesslie area “with malice aforethought,” intending to kill his half-brother. Investigators based their arrests, in part, on Morgan’s own statements.

Hill and other members of Morgan’s family have concerns about how those statements were collected from Morgan.

At 3 p.m. on Monday, Hill, Morgan and his mother, Julie Morgan, reported to the sheriff’s office to give their statements about what happened on Friday. While Hill and Julie Morgan were done in about an hour, they waited for nearly five hours for Matt Morgan to be finished.

Hill and Julie Morgan were told that Matt Morgan’s story kept changing and that perhaps the fire had been started by a pillow leaning against a heater. Just before 8 p.m., officers said Morgan was under arrest for “intentional and voluntary murder” of Joshua.

Jacob Matt Morgan, who turned 17 in February but has the “mental ability of a 12-year-old,” according to Hill, was not allowed to see or speak to Hill or his mother and was not accompanied by a lawyer throughout the “interrogation,” Hill said.

“He cries if you shout at him,” Hill said of Morgan. “I can only imagine how he was feeling with three officers asking him all kinds of questions.”

Officers told Hill and Julie Morgan that Matt Morgan wrote out a long statement, detailing how he planned to set the house on fire to kill Josh, but Hill said Morgan can barely write a paragraph. His disabilities make spelling, reading and writing very difficult. Hill said officers told them they could see the statement if Morgan or his attorney showed it to them.

Hill said family members haven’t spoken to an attorney yet nor have they been allowed to see Jacob Matt Morgan since he was taken to give his statement at 3 p.m. Monday.

If Morgan had intentionally set the fire, his behavior on Friday didn’t make any sense, Hill said.

When Hill arrived at the home, Morgan was with a neighbor, barefoot, covered in soot with his hair singed from the heat. He said he woke up to a house filled with smoke and tried to get to the back bedroom, where Josh was sleeping, but couldn’t.

He ran outside to alert the neighbors, then tried to get back in the house to help Josh, but the fire engulfed the home in a matter of minutes, according to neighbors.

“You don’t do things like that when you set a fire,” Hill said.

Jacob Matt Morgan is currently in custody at the York County Detention Center. A $50,000 bond was set on his arson charge, but no bond on the murder charge. Only a circuit court judge can set bond on a murder charge, and Morgan only has been before a magistrate judge.

Law enforcement officials and first responders have said this entire ordeal, including the baby’s death and Morgan’s alleged role in it, has been very trying.

Sheriff Bruce Bryant said some people at the scene, including Morgan, were allegedly screaming at emergency responders on Friday after those responders could not save the child.

Officials have yet to give information on the cause of the fire. The baby’s official cause of death has not been released, pending additional testing.

Sobs pulsed through the 17-year-old body of Jacob Matt Morgan on Tuesday as police and prosecutors described him as a devious, fire-loving killer. The teen clasped his hands together and prayed for a judge to set him free, then almost passed out when he was ordered back to jail to await trial on murder and arson charges.

Fourteen-month-old Joshua Hill was the victim of his brother’s fascination with fire, investigators said in court, a fascination that led to the March fire at the family’s home and left Joshua gasping for breath.

A toddler dead from smoke, authorities say, because Morgan started a fire for the pure thrill of it.

Prosecutors say Morgan never called 911, even though he had a cellphone in his pocket the whole time, and then lied about the fire and trying to help his brother.

Morgan wept as his lawyer told a judge that police had botched the investigation by failing to test electrical heaters, and then subjected the teen – who has learning disabilities and can barely read and write – to almost four hours of interrogation, after which Morgan confessed to setting the fire

But that confession, said Morgan’s lawyer, is false and was coerced. Worse, public defender B.J. Barrowclough said, it was not recorded – despite police having the technology to record from their patrol cars, using body cameras, cellphones, almost anything, anywhere.

Yet police chose not to videotape the confession of a teenaged kid accused of murder by fire in the death of his own brother? It seems certainly preposterous, if almost inconceivable.

Who is Jacob Matt Morgan? Is he a stone-cold killer at 17, a classic violent, malicious brother who set two fires that day in the mobile home after his parents left him to watch Joshua – after having set a fire two weeks before that did not kill anyone? Is he a scheming killer?

Or is Jacob Morgan the teen who who fell to the courtroom floor and wailed, “No, I didn’t do it!” after a judge ruled that he will face murder charges and potentially life in prison. Is he the kid who cried through the court hearing because he has no clue how he ended up in shackles and handcuffs and leg irons, surrounded by guards with guns?

Judging by Tuesday’s hearing, a jury likely will have to decide. Neither side appears ready to budge on their account of the events that led to Joshua’s death. Defense lawyers are itching to go to trial, and prosecutors are confident enough to give them one.

Morgan’s mother and stepfather, Julie and Myke Hill, say he is not capable of murder. Myke Hall, who is Joshua’s father, said if he thought “for one second” that Jacob killed Joshua on purpose, he would not defend him.

The family and their lawyer say police had to find someone to blame for the fire, and the hapless teen who has autism and other problems finally succumbed to the good-cop, bad-cop routine by the state agent and deputies.

But William Keller, the State Law Enforcement Division fire investigator who handled the case, and veteran prosecutor Willy Thompson say Morgan is no innocent. He loved the flames, the power and the thrill and the carnage, they say, so much that it ended with his brother in a tiny body bag.

Morgan lied to try to cover up the crime, Keller said, then came clean when caught in the lie. The interrogation was how police get information, he said, after a teen who kills tries to weasel out of responsibility for his crime.

Morgan used “meanness” and had “a warped fascination with fire,” Thompson said, and he watched the flames spread from one of the two fires he set.

If a jury believes that Jacob Morgan is the teen described by Thompson and Keller, he will spend 30 years – maybe the rest of his life – in prison.

If a jury sees him as the confused, learning-disabled teen depicted by his family and his lawyer, he will go home in months or years after a trial.