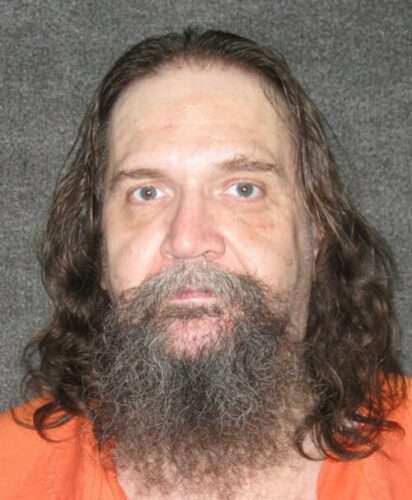 A federal judge has denied an appeal by a man who has been on Utah’s death row for 30 years.

The ruling Friday by U.S. District Judge Claire Eagan denies a petition by Ralph Menzies, who was sentenced to die for the killing of Maurine Hunsaker in 1986.

The victim was abducted from a Kearns convenience store where she worked and she was later found strangled and her throat cut in a Big Cottonwood Canyon picnic area.

Menzies had Hunsaker’s wallet and several other belongings when he was jailed on unrelated matters.

He was convicted in 1988 of first-degree murder and other crimes, and Eagan’s ruling says Menzies’ conviction and sentence don’t violate the U.S. Constitution.

Menzies can next appeal to the 10th U.S. Circuit Court of Appeals.

¶ 5 Two days later, on Tuesday, February 25, a hiker found Mrs. Hunsaker’s body near the Storm Mountain picnic area in Big Cottonwood Canyon. Her throat was cut, her wrists had marks on them, and the bark of a nearby tree was scuffed, suggesting that she was tethered to the tree. A medical examiner determined that ligature strangulation caused Mrs. Hunsaker’s death. The examiner also noted that the cut in her throat contributed to her death and that a variety of different knives could have been used to inflict the wound. The examiner’s report indicated that the marks on her wrists could have been caused by wire or cord, but it made no mention of handcuffs.

¶ 6 Meanwhile on February 24, as the police were investigating the events surrounding Mrs. Hunsaker’s disappearance, they arrested and booked Ralph Menzies for an unrelated burglary. Mr. Menzies’s exact booking time is uncertain. He suggests that the police completed the booking process at 7:59 p.m. He also points out that trial counsel stipulated that he turned over cash to the police around 7:20 p.m. Other evidence in the record suggests that the police began the booking process around 6:40 p.m. During booking, the booking officer asked Ralph Menzies for his possessions. He responded by spinning around, running down a hallway, and ducking into a changing room. He was out of sight for about five to eight seconds. A pursuing officer found Mr. Menzies and saw him “reaching around” to “pull on” his pants. The officer testified that although Ralph Menzies was handcuffed at the time, he could still move his arms. Ralph Menzies explained that he had run and ducked into the changing room because he was looking for a restroom. He did not ask for a restroom again, however, during the hour-and-a-half booking process.

¶ 7 A jailer found four of Mrs. Hunsaker’s identification cards in a laundry hamper located in the changing room into which Mr. Menzies ran.7 The jailer put the cards in a nearby desk drawer. Another officer later discovered the identification cards in the drawer. The officer who found the cards recognized Mrs. Hunsaker’s picture from an earlier news report regarding her disappearance.

¶ 8 Multiple witnesses alleged they saw Mrs. Hunsaker during the time between her disappearance from the gas station and the finding of her body. First, a witness reportedly saw her at a Denny’s restaurant on the night of her disappearance with a man who fit the description of Mr. Menzies’s friend, Troy Denter. Second, on February 24, the morning after Mrs. Hunsaker went missing, two high-school students, Tim Larrabee and Beth Brown, saw two people at Storm Mountain who they later said fit the description of Ralph Menzies and Mrs. Hunsaker.

¶ 9 On Tuesday, February 25, the day after Mr. Larrabee and Ms. Brown visited Storm Mountain, Mr. Larrabee watched television and saw a report that a hiker found Mrs. Hunsaker’s body near the Storm Mountain picnic area. The next day, Wednesday, February 26, Mr. Larrabee contacted the police and reported that he and Ms. Brown were at Storm Mountain the morning of Monday, February 24. Mr. Larrabee reported twice seeing a man and a woman walking together away from where he and Ms. Brown were located. He noted that the man had a coat slung over his right shoulder and that he could not tell whether the two were holding hands. He stated that nothing unusual appeared to be going on between the two. He further reported that about ten minutes after he saw the two people, he heard a scream and assumed that the woman either slipped or was frightened by an animal. Approximately fifteen to twenty minutes later, Mr. Larrabee saw a man walking alone towards the nearby parking lot. Mr. Larrabee also said he noticed a 1960s cream-colored vehicle in the parking lot similar to a 1968 Buick Riviera.

¶ 10 Mr. Larrabee described the man he saw as a white male, twenty-five to thirty years old, 6′1 tall, and approximately 170 pounds. He noted that the man wore a coat that was either blue-grey or blue-white. He also said the man had black curly hair and either a scraggly beard or sideburns. Mr. Larrabee’s description of the man ended up being within one inch in height and ten pounds in weight of Ralph Menzies. Mr. Larrabee said he could probably identify the man if he saw a picture, but that he could not identify the woman. Police detective Richard Judd created a composite drawing using Mr. Larrabee’s description.

¶ 11 Two days later on Friday, February 28, after comparing the composite drawing with photographs from over two hundred inmates booked between February 23 and February 25, the police selected six photos from that group for Mr. Larrabee to view. Mr. Menzies’s picture was one of the photos the police picked from the pool. The police considered Mr. Menzies a suspect by the time they showed the photos to Mr. Larrabee.8 Detective Judd testified that they tried to make it as hard as possible for Mr. Larrabee to identify Ralph Menzies. The police then showed Mr. Larrabee the array of photos. Mr. Larrabee initially made no positive identification. He asked to see the array again. After further review, he selected Mr. Menzies’s photo as looking the most like the man he saw at Storm Mountain.

¶ 12 About three months after Mr. Larrabee viewed the photo array, the police conducted a lineup that included Mr. Menzies. At the lineup, Mr. Larrabee identified someone other than Mr. Menzies as the man he saw at Storm Mountain. Apparently, Mr. Larrabee later felt he made a mistake and asked the prosecutor whether number six in the lineup was the suspect. Ralph Menzies was suspect number six. Later at trial, the court instructed the jury not to consider Mr. Larrabee’s testimony regarding his confirmatory request to the prosecutor.

¶ 15 The police questioned Ralph Menzies after hearing Mr. Larrabee’s eyewitness account. Mr. Menzies told them that on the night he borrowed Mr. Denter’s car, he picked up a woman on State Street and then picked up Ms. Arnold. He drove around with both women until the two began to fight. He dropped off Ms. Arnold and then dropped the other woman off somewhere around 7200 West and 2400 South. He stated that he then went home to talk to Ms. Arnold.