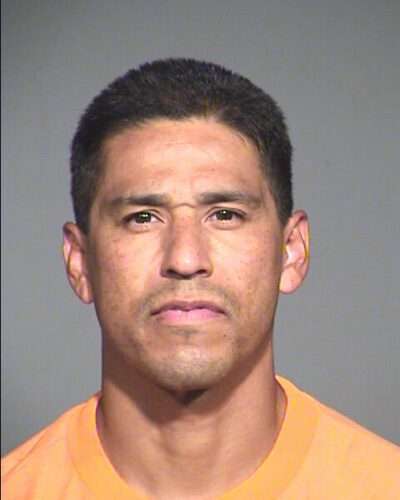 In April 2008, Maria Diaz–Payan traveled to Phoenix to visit her friend, Jeni Sanchez–Rivera, who lived with her husband, Omar Guzman Diaz. After Maria’s arrival, she, Jeni, Jeni’s son, and Jeni’s friend, Sonia Gonzalez, took a short trip to New Mexico in a car rented by Sonia’s mother, Martha Gonzalez.

¶ 3 Sonia Gonzalez is the mother of Hernandez’s three children. While in New Mexico, Sonia missed a birthday party for one of her and Hernandez’s children, Angel, which angered Hernandez.

¶ 4 The day after returning from New Mexico, Jeni and Maria met Omar and Omar’s younger brother, Pablo Guzman Diaz, and drove to Jeni’s house in Peoria. Upon arriving, Omar and Pablo entered the house first, while Jeni and Maria stayed in the car. Shortly thereafter, Hernandez came outside and walked toward the car. Although Maria did not know Hernandez, Jeni referred to him as “Bobby.” Removing a gun from his pants, Hernandez forced Maria and Jeni into the house, telling them not to scream or make any noise.

¶ 5 Once inside, Maria could hear Omar and Pablo crying and shouting from inside Jeni’s bedroom. While Hernandez forced Maria and Jeni down a corridor to another bedroom, Maria saw another man wearing a ski mask and holding a pistol in Jeni’s bedroom. She could hear Omar and Pablo pleading for the men not to hurt them or their family. Maria heard Omar ask Hernandez, “What harm have we done to you, Bobby?”

¶ 7 After Hernandez returned to Omar and Pablo, Maria heard several gunshots, and Omar’s and Pablo’s cries ended. Shortly thereafter, Hernandez and the masked man walked to the bedroom where Maria and Jeni lay. Maria heard gunshots and “right away noticed that they had already shot [Jeni].” One of the two men then shot Maria.

¶ 8 Sometime later, Maria realized she was still alive, but bleeding from the scalp. She ran to a neighbor’s house to get help and was later taken to a hospital, where she underwent surgery to remove a bullet from her head. At the hospital, Detective Lopez showed Maria a photo lineup of six men. Maria identified a photo of Robert Hernandez as “Bobby.”

¶ 9 Peoria Police detectives found the bodies of Jeni, Omar, and Pablo at the house. Omar’s body had six stab wounds. According to the medical examiner, these wounds were likely inflicted while Omar was still alive. Police also found one copper-jacketed bullet and two lead-jacketed bullets in the room, suggesting two different weapons were used to kill Omar and Pablo.

¶ 10 Police later determined that Jeni and Martha Gonzalez co-leased the house where the murders occurred. Martha was initially cooperative with the detectives and identified the “Bobby” described by Maria as Robert Hernandez. She told Detective Lopez that Hernandez had a gun, knew where Jeni and Omar lived, and was upset because Sonia went to New Mexico with Jeni and had missed Angel’s birthday party. She also told Detective Lopez that Hernandez had called her at approximately 5:30 p.m. on the day of the murders to say “Omar and Jeni would not be bothering Sonia anymore.”