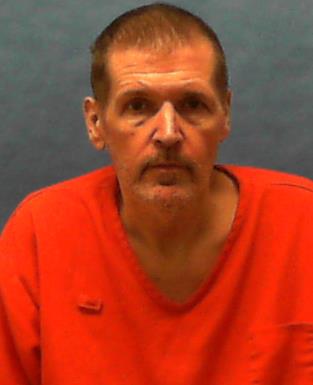 Wilma Martin worked as a property manager and her responsibilities included collecting rent money from tenants.
Martin
established a landlord-tenant relationship with Kevin Jeffries, Roxanne
Jeffries, and Tammy Avant, who are all related to Sonny Jeffries. In
the summer of 1993, Sonny Jeffries moved to Florida from New Jersey and
became acquainted with Tammy Jeffries’ boyfriend’s brother, Harry
Thomas.

Martin’s body was found on August, 20, 1993. She had been stabbed
several times and kicked or stomped to death. A bloody footprint and
fingerprint were left at the crime scene.
Several pieces of
jewelry were taken and later pawned. Roxanne Jeffries testified to
overhearing Sonny Jeffries and Harry Thomas talk about going out,
robbing and killing someone.
After Jeffries and Thomas returned
from an alleged trip to Disney World, Roxanne noticed that Jeffries had
rings in his possession that he did not have in the past.
Dennis
Thomas, the brother of Harry Thomas, testified to overhearing Thomas and
Jeffries talk about robbing Martin. He also overheard the pair saying
that Martin would be a good target because she collected rent money.
Laboratory
analysis determined that the shoe print left at the crime scene could
have been left by the same type of shoes as worn by Jeffries, but was
not conclusive as to whether Jeffries’ shoes were the ones that left the
print. Further analysis of the fingerprint left at the crime scene
determined that the fingerprint matched those of Jeffries.