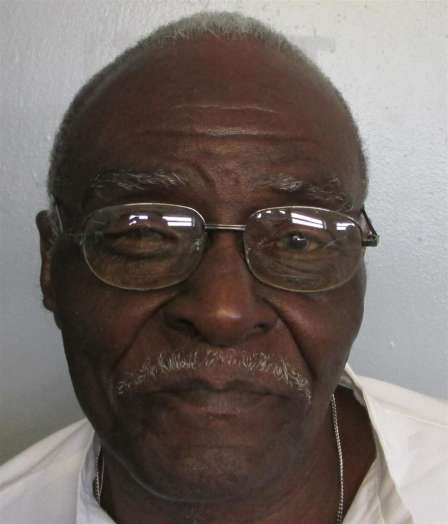 The state presented evidence showing that around 3:00 a.m., on July 26, 1981, William Bush and a companion, Edward Lewis Pringle,[2] entered a Majik Market convenience store on Carter Hill Road in Montgomery, Alabama. When they entered, two people were in the store: Larry Dominguez, the store clerk, and his friend, Tony Holmes. Dominguez was in the restroom. Appellant pointed a pistol at Holmes and forced him toward the restroom at the rear of the store. When Dominguez opened the restroom door, appellant shot both Dominguez and Holmes with the pistol. Appellant then returned to the front of the store and attempted to open the cash register. Dominguez stumbled out of the restroom, and appellant shot him again. Appellant took two bags of “zodiac sign tags” from the store and departed. The first shot striking Dominguez passed through his chin, lodging in his neck and severing a large artery. The second shot striking Dominguez entered his right shoulder and passed through his lungs and heart. He died from the injuries caused by the second shot; however, the injuries sustained as a result of the first shot were potentially fatal. Holmes was shot in the neck and, although seriously injured, survived. He was able to give a description of his assailant and of the getaway automobile. He described the automobile as a 1973 whiteover-green Chevrolet Monte Carlo.

After leaving the Majik Market, appellant and Pringle drove to a Seven-Eleven convenience store on Narrow Lane Road in Montgomery, arriving there sometime prior to 4:00 a.m. Appellant entered the store and purchased a package of cigarettes from the clerk, Thomas Adams. After Adams opened the cash register, appellant forced him into an office area behind the counter and shot him in the head with the same pistol he had used to shoot Dominguez and Holmes. The shot to Adams’s head apparently killed him instantly. Appellant took from $20.00 to $30.00 from the cash register.

Appellant did not testify at the guilt phase or at the sentencing phase of his trial. It is apparent from the arguments of his counsel, cross-examination of the state’s witnesses, and questions asked defense witnesses, that his defense was based upon a theory of mistaken identity. He attempted, in every way possible, to bolster Holmes’s identification of Edward Pringle’s brother, Cornelias Pringle, as the triggerman, while at the same time trying to discredit the testimony of Patricia Pringle, the wife of Edward Lewis Pringle, who testified that appellant had told her that he had shot Dominguez, Holmes, and Adams. He endeavored to point the finger of suspicion *543 at Edward and Cornelias Pringle and away from himself. Cross-examination of the officers and arguments to the jury show an attempt to discredit appellant’s incriminating statements. Appellant attempted to make it appear that the statements had been coerced and that the words in the statements were not appellant’s but the officers’. In other words, the thrust of defense counsel’s argument is that the officers had made up the statements and forced appellant to adopt them as his own. Defense counsel attempted to explain appellant’s knowledge of the whereabouts of the murder weapon by claiming that appellant purchased it from someone on the street after the robbery-murders and prior to the time he was arrested. Counsel based this explanation on an investigator’s testimony that appellant had told him that he had purchased the pistol after the crimes had been committed.